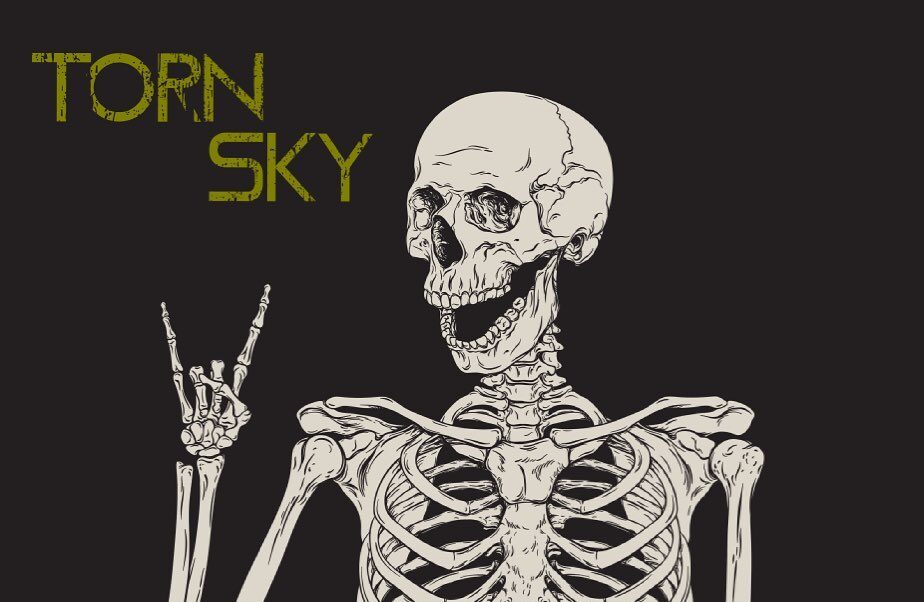 Hi folks! Do you want the good or the bad news first? So bad news, I’m not Katie, I’m Iain the editor. I know, I know, I’m sorry, but the good news is Katie’s taking a well deserved break this week and will be back next week! So our time together will be brief you’ll be pleased to hear! Right, let’s enter the crowded mosh pit of rock news for this week…

You’ve really got to watch out for Them Bones in mosh pits don’t you? Torn Sky’s new Alice In Chains cover is out now and can be streamed here.

Ever find yourself injured in a wall of death? Well first you’ve got to Stop The Bleeding…

Let Wolves At The Gate help with this cool new acoustic version of their latest single.

After that you’ll probably need some (wall of) Death Therapy (and, yes, this is my level!)

Here’s the lyric video for The Silence Of God featuring Darn Michele off their recent album Melancholy Machines which can be picked up here.

Wall of Death…Blackout…nope, no link there! Either way, Manafest’s got you covered in a week’s time. Pre-order the new EP here.

Don’t wanna blackout in a mosh pit? You’d Better Run! In fact you’d better run over to https://www.christianrockx.com/ right now to catch a limited time early premiere of the lyric video of Zahna’s first original song in 3 years out tomorrow (it’s a killer track!). The premiere ends at 9pm est.

Paradise Now aren’t afraid of mosh pits, “We Never Die” they say. (I promise Katie will be back next week!)

Here’s a little sneak peek of the new We Are Vessel song out tomorrow (and a quick pun break, you’re welcome!)

I guess it was only a matter of time until an update tripped me up pun wise. Oh well, back to it with Fight The Fade…

Ah that’s more like it, I was born for this! Speaking of which, the music video for The Letter Black’s latest single featuring Trevor McNevan will be premiered tomorrow on Revolver Magazine‘s website.

The band also revealed during last week’s Friday Night Lives on Facebook & Instagram that their new self-titled album will release August 6th. You can rewatch those lives back here and here respectively.

Boiling Point are trying to find a couple of churches/venues to host an acoustic/movie viewing concert of their Hope Lives Here album/mini-series. Check out their post here to find out what dates they’re trying to fill in August and watch my interview with frontman Eric Bjorklund here.

And we finish today’s rock news roundup with a quick fun game of guess who’s back? You can find out here. (Hint: the Disciple hat is a major clue…)

And you’ll be pleased to hear that’s the end of this week’s roundup. Katie will be back next week…I promise! Pinky swear…

In the meantime, you can submit news to be included in a future edition of the future rock news roundup here!

And I’ll leave you with this tip…don’t accidentally be holding a pen when celebrating your country getting through to a major final. You may just unwittingly fling it across the room and through Justifide’s The Beauty Of The Unknown album booklet on your album artwork wallpaper. Whoops!! (COME ON ENGLAND! IT’S COMING HOME!!!)