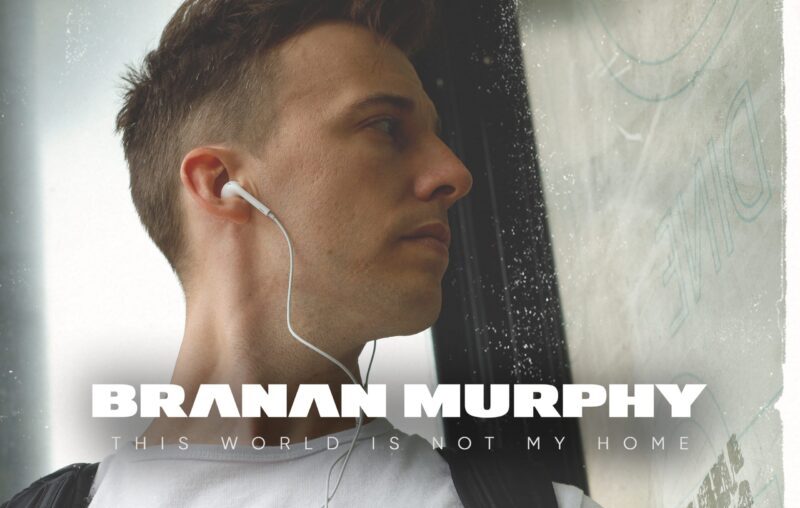 Paravel Records & DREAM Records are excited to announce that pop artist Branan Murphy has reached the #1 spot on the Billboard Hot AC / CHR chart for the first time in his career.  Branan co-wrote the song with Darren Mulligan and Kyle Williams of We Are Messengers.

“I can’t even believe this is real, exclaims Branan Murphy. I have worked so hard, and prayed for so long to be in God’s will as it pertains to making music for people. Achievements like this are not why I do what I do, but this means so much to me. I’m overwhelmed and thankful to everyone who believes in me and believes in this song. God is so good and so faithful.”

Paravel Founder, Sam Fisher, who has worked with Branan for nearly a decade saw this latest achievement as a validation of sorts. “I remember the day Branan turned in “This World Is Not My Home”. I called him and said, ‘mark it down—this song will be the biggest of your career’. I always thought it had a shot at some real success, especially having Dream as a promotion and marketing partner. The fact that I could be a part of Branan’s first #1 record after everything we’ve been through, makes this accomplishment that much sweeter.”

Branan signed with both Paravel and Dream Records in 2020 after releasing his popular hit album Who Am I in 2019.  After signing with Paravel/Dream, Branan wrote and released songs fan-favorites “Good” and “I Will Wait”, which also saw top 10 success on Billboard’s Hot AC / CHR chart as well.

“We feel blessed and honored to be in partnership with Sam Fisher at Paravel and Branan Murphy.  Branan is such an amazingly talented artist with so much to give this incredible community, says Lance Brown, GM and Partner at DREAM Label Group.  “I’m incredibly grateful to the radio stations that showed him so much support.”

So what’s next for Murphy?  Well, on August 13th, Branan will release his upcoming EP, Better King, which will feature his next single the self-titled track “Better King”, an Afrobeat Remix of “This World Is Not My Home” and more!