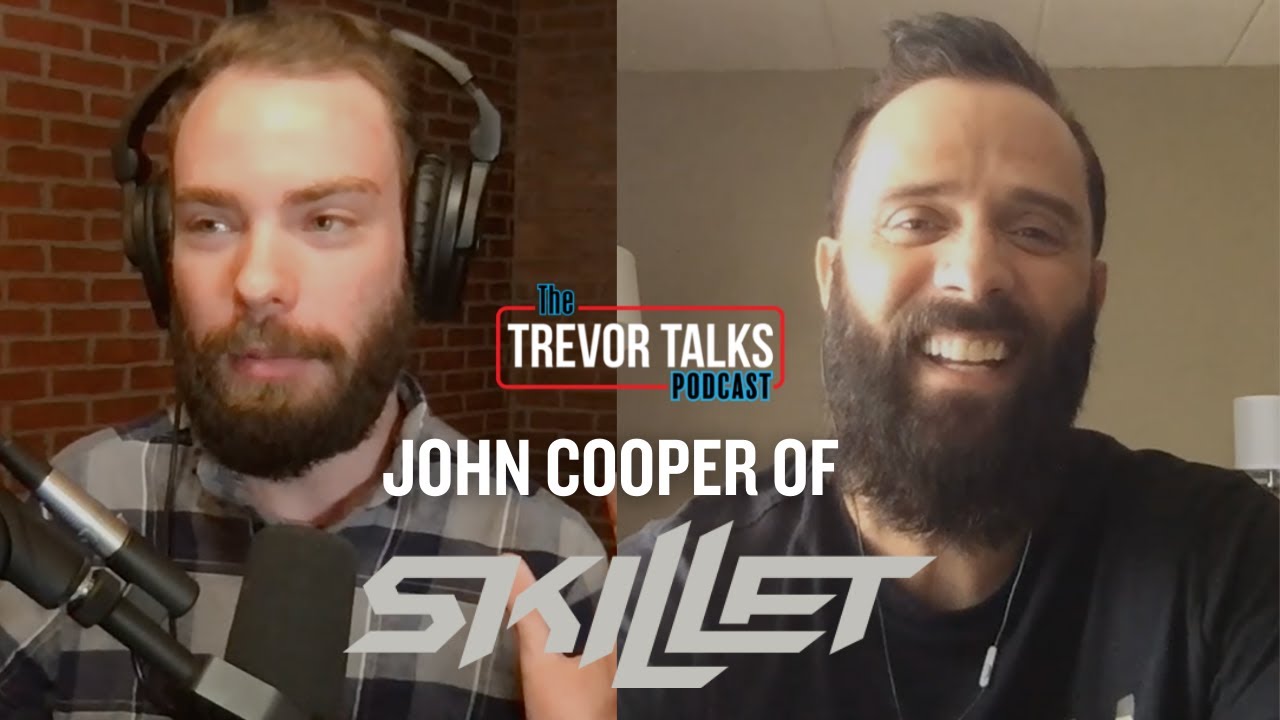 On the latest episode of the Trevor Talks podcast, Skillet frontman John Cooper shared some inside details about a new Skillet song coming later this year.

The podcast was the first place that John Cooper has shared about new music that Skillet has been working on while off the road due to the COVID-19 pandemic. John revealed a line from the song while sharing his testimony with podcast host Trevor Tyson.

The insight into the new song came as part of a podcast conversation that covered much of John Cooper’s life story, from his childhood in a Christian home, to his struggles in adolescence, to the founding of Skillet, to the past year’s challenges and the release of his KLOVE Award-winning book Awake & Alive to Truth. John told his story with characteristic forthrightness and humor, diving deep into his mindset when writing the book– a project that began with a question: “what could I do to encourage Christians in their faith so they’re not thrown to and fro?”

John Cooper revealed that he’s already working on a second book following the success of the first. As the Trevor Talks podcast often centers around themes of mental health and healing, the conversation also made room for John Cooper to share about why he has expressed particular compassion for those struggling with mental health concerns through Skillet’s music. John also explained how vital his role in the local church has been for staying grounded through the meteoric rise Skillet has experienced in the past 10 years.

Skillet has been wrapping up a run of successful drive-in dates, and they just announced a standard concert tour this fall with Adelitas Way. You can find out more about The Aftermath Tour at skillet.com/tour. To keep up with all things Skillet, find them on Facebook, Instagram, Spotify, and Apple Music. You can listen to the Trevor Talks podcast on Spotify, Apple Music, and Google Podcasts.