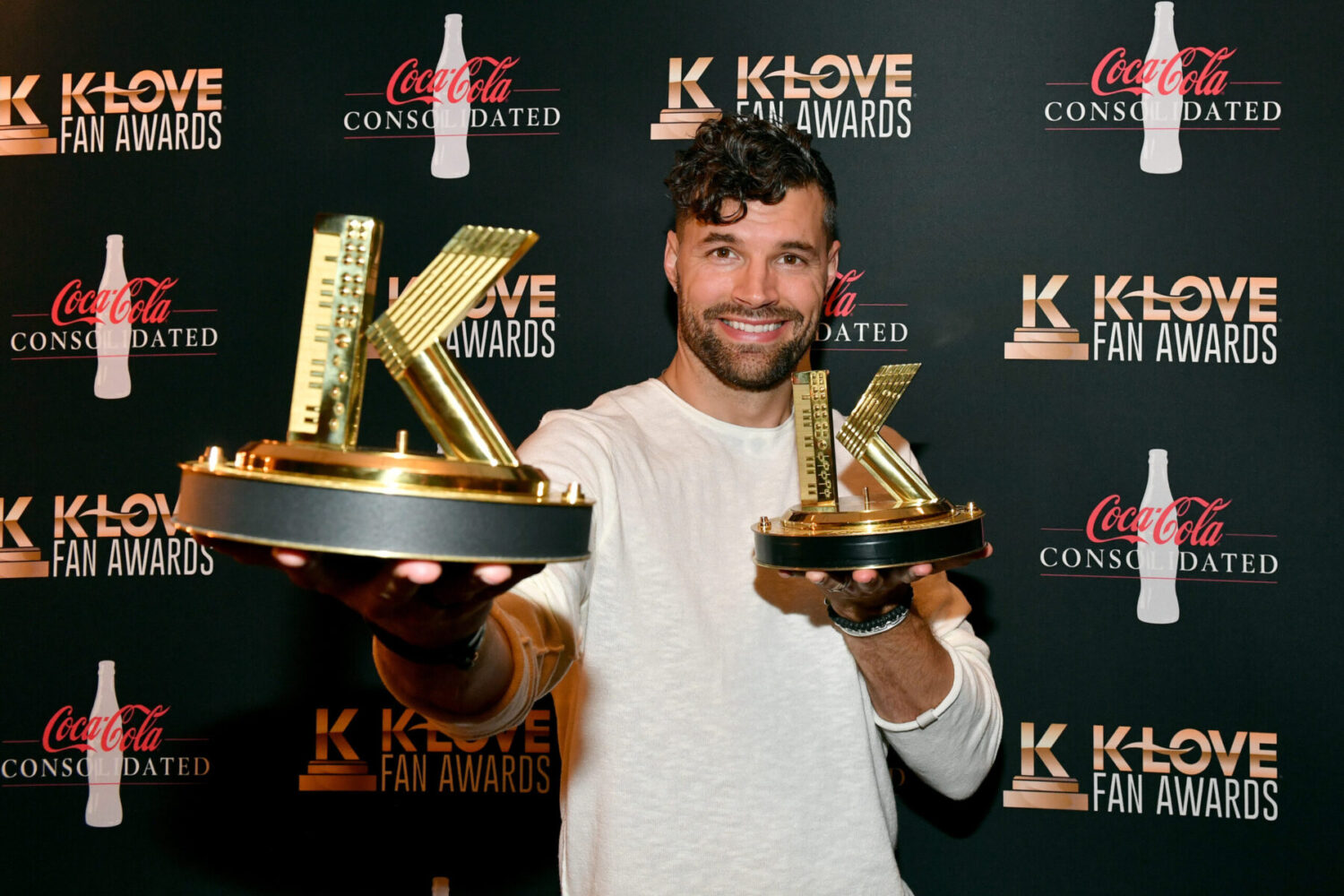 NASHVILLE, TENNESSEE - MAY 30: In this image released on June 4th 2021, Joel Smallbone of For King and Country takes a photo for winning Artist of the Year and Duo of the Year backstage during the 2021 K-LOVE Fan Awards on May 30, 2021 in Nashville, Tennessee. (Photo by Jason Davis/Getty Images for K-LOVE Fan Awards)

for KING & COUNTRY and Zach Williams scored double wins during tonight’s broadcast of the fan-fueled K-LOVE Fan Awards. Taped live and in person in front of a capacity crowd at Nashville’s iconic Grand Ole Opry House, Artist of the Year and Group of the Year went to for KING & COUNTRY, as Zach Williams was named Male Artist of the Year and received the Song of the Year award for his duet with Dolly Parton, “There Was Jesus.”  Other winners included Michael W. Smith’s first K-LOVE Fan Award nomination and win for Worship Song of the Year (“Waymaker”) and newcomers CAIN for Breakout Single of the Year (“Rise Up”). The eighth annual show, sponsored by Coca-Cola Consolidated, was broadcast by TBN this evening and is now  streaming on the TBN app.  The K-LOVE Fan Awards Weekend, culminating with the award show, was the largest event at the Gaylord Opryland Resort post-COVID.

Centering around the awards’ mission to also recognize mission-driven people and projects outside of the music community, “The Chosen” was named the Film Impact Winner; Scott Drew, Head Coach of Baylor’s National Championship Men’s Basketball team, was honored with the Sports Impact Award;  Skillet lead vocalist John Cooper was given the Book Impact Award for his debut book, Awake and Alive to Truth.

The award show capped a weekend of live and in-person, fan-focused events, the first in Nashville since March 2020, including a songwriter’s showcase hosted by Steven Curtis Chapman, and a worship service with Natalie Grant and Charlotte Gambill, all at the Gaylord Opryland Hotel.

Song of the Year
Zach Williams & Dolly Parton “There Was Jesus”

Artist of the Year
for KING & COUNTRY