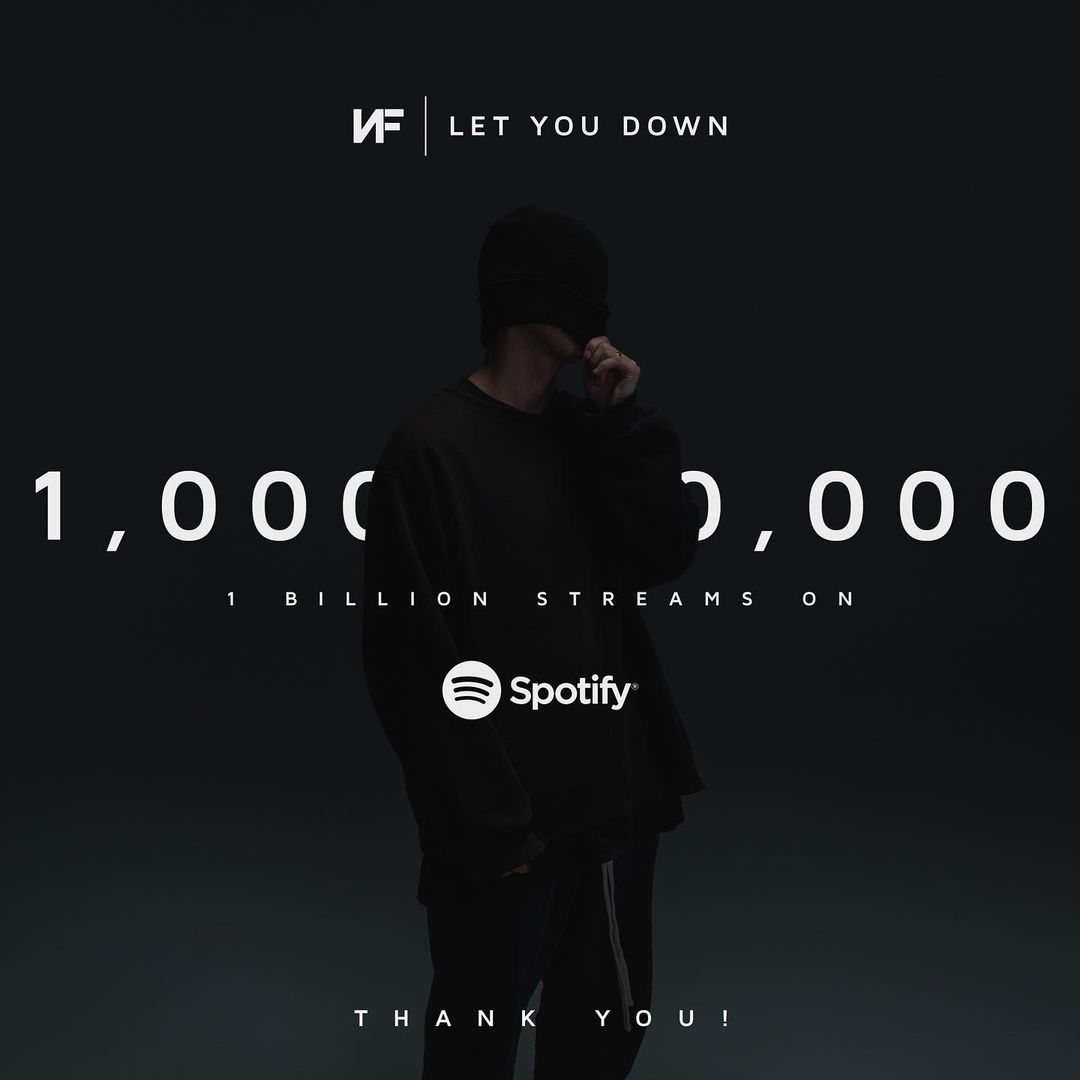 NF’s Let You Down Reaches 1 Billion Streams on Spotify

NF’s mega viral hit single Let You Down continues to run up the numbers, reaching 1 billion streams on Spotify this week. The song appears on his Perception album and the music video, which has received over 177 million views, can be watched below.

NF’s Clouds Mixtape released earlier this year and can be downloaded here.