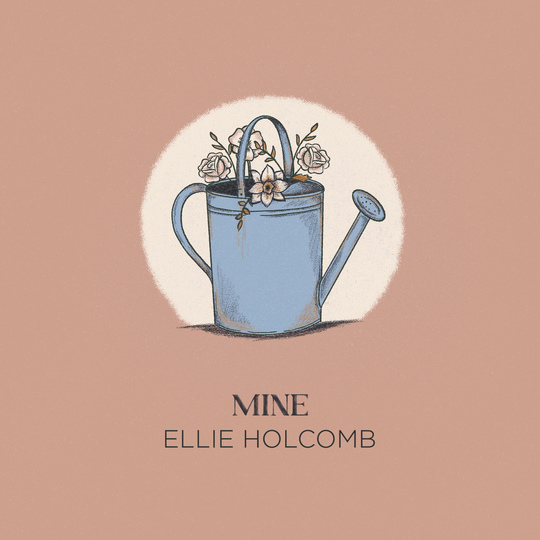 Ellie Holcomb releases a new song, “Mine,” from her forthcoming album, Canyon, which releases on June 25th. Along with this poignant song about a parent’s love and the reflection of God’s love for His children, a personal music video debuts today featuring Holcomb’s three children and husband. This is also the first song that her husband, Drew Holcomb (of Drew Holcomb & The Neighbors) has recorded for one of her albums. Click here to listen to “Mine” and below to watch the music video.

“I wrote this song with Hank Bentley and Mia Fields after a conversation with them about how God is always with us and how the heart of a parent reflects; however imperfectly, the heart of the Father,” explains Ellie Holcomb. “He’s been with us the whole time before we ever took a breath. God is the perfect father, and when I fail as a parent this is such a sweet reminder for me, that God is still my father as I mother my children, and He’s still their perfect heavenly father, holding them and taking such good care of them, even when I parent imperfectly. This song is also special as my husband, Drew, joins me. He would tear up every time he heard this song, and it felt like the most natural thing to ask him to sing with me. His voice sounds incredible, and I hope this will forever be a treasure for our kids to hear both their mom and dad singing this over them.”

Previously released songs from the upcoming album include the title track, which already has more than 1.7 million global streams, and the radio single, “I Don’t Want To Miss It,” which was her largest career add date and has 30 stations already spinning the song with major markets like SiriusXM, St. Louis, Portland, Bakersfield, New Orleans, Greensboro, and Chattanooga.

“Canyon is a record about the current of LOVE that runs through our deepest places of pain, and reminds us that there are ever-present underground reservoirs/an ever-present river of love and peace that will carry us when it feels like we can’t carry on any longer,” shares Holcomb about the new album. “This record sounds free because I encountered the freedom of being broken AND beloved all at the same time, and I hope these songs feel like an invitation to rest in the current of Love that’s always surrounding. I’ve known a deeper sorrow AND a higher hope, and I pray these songs to remind us that we’ll never walk alone.

With her upcoming project, Canyon, Holcomb teamed with an incredibly talented team of co-writers such as Natalie Hemby, Bear Rinehart of NEEDTOBREATHE, and Thad Cockrell, and the project was produced by Cason Cooley along with executive producer and her dad, Brown Bannister.

Also, the Holcombs performed the National Anthem for the Nashville Predators NHL playoff game this past weekend and featured in The Tennessean. She also joins Live from the Ryman: Lauren Daigle and Friends  streaming concert next week on June 6th as well as some dates with Drew Holcomb & The Neighbors including their own famed festival, Moon River Music Festival, returning in September. Follow Ellie Holcomb on socials to get updated tour dates as they are added and ticket information.