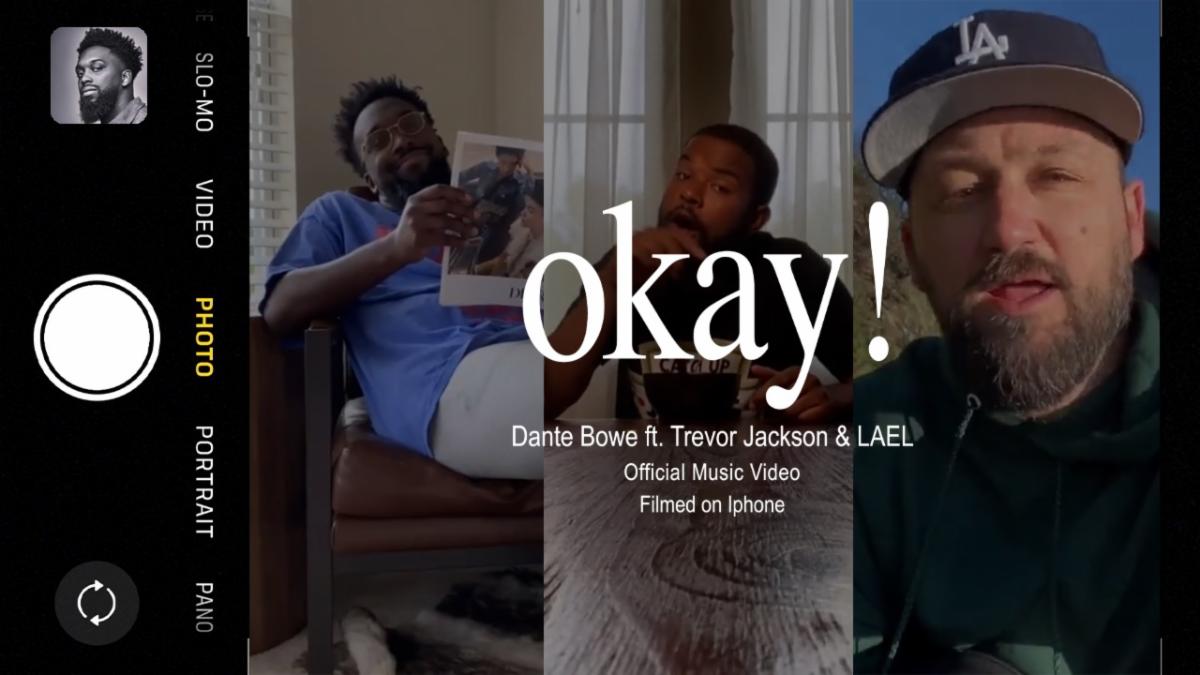 Platinum-selling artist and award-winning songwriter Dante Bowe is looking on the bright side in his new video for ‘okay.,’ out now. The video, filmed completely on iPhones during lockdown, follows Dante on an average day after nationwide shutdowns took effect and holds a tone of resounding optimism that things will one day get better. For ‘okay.,’ Dante enlisted the help of actor and musician Trevor Jackson (Grown-ish) and co-producer LAEL to create something that everyone can relate to going through their daily lives. Watch the video for ‘okay. (featuring Trevor Jackson)’ HERE

““okay.’ was the first song that sparked the journey for this album,” shares Dante. “I was going through such conflict in my life. In a moment of reflection, these lyrics started pouring out of me. They really embody how I was feeling and how far along I’ve come.”

‘okay.’ is the latest single to be released from Dante’s sophomore album and label debut, circles. The first single ‘joyful’ debuted at No. 2 on the Billboard charts, making it the highest solo charting debut of Dante’s career. It was followed by ‘family tree’ which made its television debut with BET Network.   circles is now available HERE