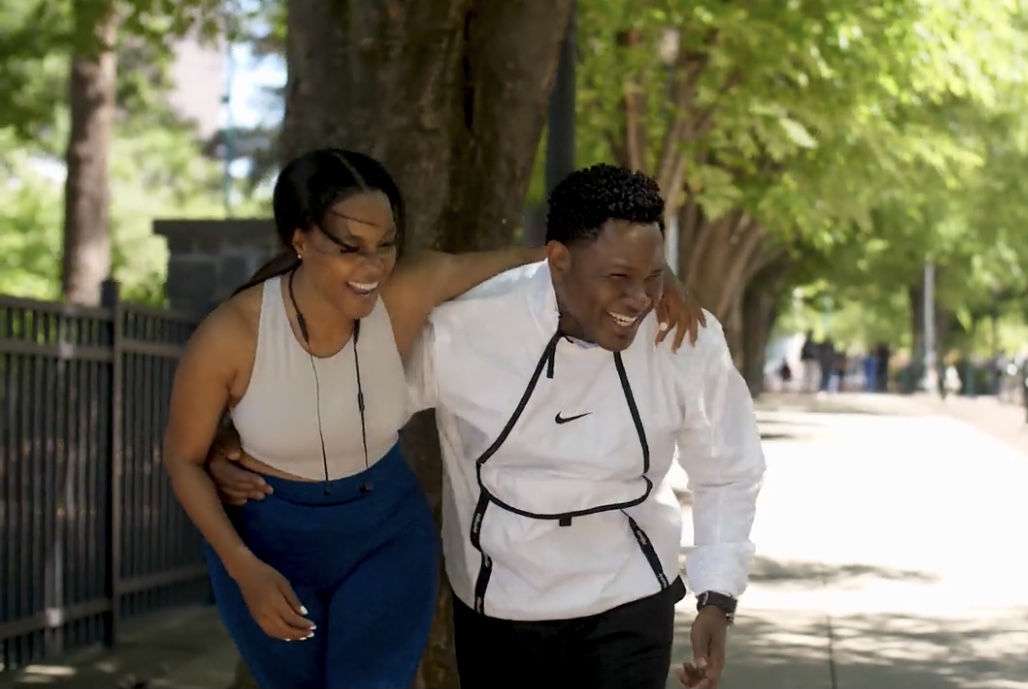 Grammy-nominated Songwriter and Soul Artist Alvin Garrett is premiering the official music video for “The Lightness Of Love,” exclusively with People.com. “The Lightness Of Love” music video celebrates an everyday, any day kind of love and features Alvin and co-star Meredith Lilly. Meredith is the State Director for U.S. Senator Reverend Raphael Warnock of Georgia and former campaign manager for President Barack Obama. The video was filmed in Atlanta, GA and directed by Derek Blanks, and beautifully displays a day that is light and full of love. People.com shared, “Alvin Garrett believes love is the great unifier – and he proves it on ‘The Lightness Of Love.'” View the music video exclusively at People.com here: https://people.com/music/alvin-garrett-lightness-of-love-premiere/.

In his exclusive interview with People.com, Alvin added, “Love is the most powerful thing. If we can agree on love and happiness, that’s a starting point that can lead to unity.”

“The Lightness Of Love” is the title track off Alvin’s highly-lauded album The Lightness Of Love (HILL Entertainment) featured by American Songwriter, Urban Music Scene and USA Today. The Lightness Of Love reaffirms the importance of connection, love, and togetherness; and is the follow up to Alvin’s previously released album The Awakening, a reflection of the social unrest and injustice in the country. The Inspirational Soul artist and award-winning songwriter uses his gifts and talents to positively influence and inspire society and has been lauded as an artist with the ability to “…harness the cry for change…” (Gospel Music Fever)  and one that has “managed to capture the spirit of today’s climate with a few simple words” (WTUG-FM Tuscaloosa, AL). Earlier this year, he performed his poignant and emotive, self-penned song “It Starts In The Heart” as the opening to the 56th annual Selma Bridge Crossing, one of the largest annual Civil Rights Commemoration events in the world.

Alvin continues to share the message of love, healing, and hope, and most recently appeared on FOX Soul “The Book Of Sean,” a Nationally-syndicated streaming channel dedicated to African American viewers. In case you missed it, view the full interview here (33:00): https://foxsoul.tv/the-book-of-sean-love-and-healing/.

On Friday night (5/28), Alvin is set to perform at The Dannon Project in Birmingham, AL for “An Evening Of Light and Love,” a benefit concert, kicking off at 8 p.m. CST. Access to the live-stream performance is free and can be viewed here: bit.ly/AGConcert. Limited in-person seating is available for sponsors and donors. For more information, email .

Alvin kicked off the year as the writer on “Patiently Praising (feat. Lowell Pye)” the first #1 song to hit the top of the Billboard Gospel National Airplay charts in 2021, produced by Fred Jerkins III. The Alabama-born-and-raised preacher’s son’s first foray into music was through his musical experiences at Church and his love for bass guitar. Since then, the triple threat singer/songwriter and producer has built an undeniable storied career, amassing multiple awards including a Grammy nomination, a Soul Train, Dove and a Stellar Award. His impressive independent rise as an artist and his career has ushered him to the forefront of Soul and R&B as a professional bassist and producer, arranger and songwriter for Joe, Kelly Rowland, Fantasia Barrino, Ruben Studdard, Jordan Knight, Deitrick Haddon and more. For more information, visit https://www.alvingarrett.com/.