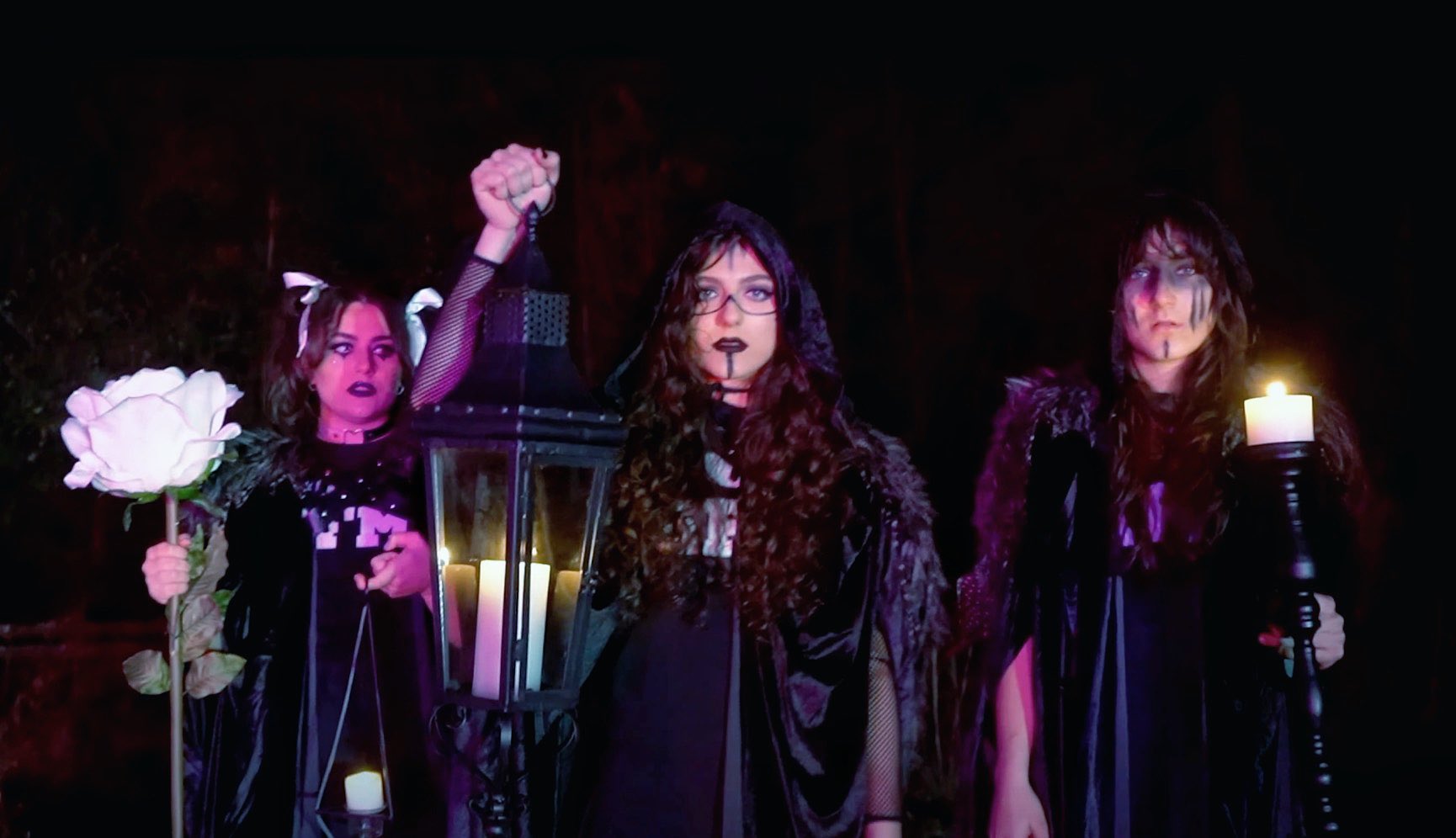 GFM Premieres Where Were You Music Video at HM Magazine

Sister rock/metal trio, GFM (Gold, Frankincense, & Myrrh), is premiering the music video for their new single, “Where Were You,” at HMMagazine.com. It can now be seen below too. In addition to today’s video premiere, the single (produced by Joey Sturgis) will be released Friday, May 21st at iTunes and other digital outlets. Watch the exclusive video premiere here: https://hmmagazine.com/hm-premiere-gfm-drops-new-music-video-for-where-were-you/

The new video and single aims to bring awareness to the topic of suicide and mental health, and the importance of staying connected to those around you.

“We wrote ‘Where Were You’ with Kellen McGregor from Memphis May Fire and Eric Varnell to remind others to reach out to the people in their lives,” says GFM. “We lost a member of Team GFM a few years ago to suicide, and we know many people have lost someone in their lives due to the same cause. The truth is, you never know who is really struggling or when it’s going to be too late. That’s why it’s so important to check up on people because that one conversation may save someone’s life.”

GFM is not your average teenage girl band. Real-life sisters CJ, Maggie and LuLu are continually breaking boundaries in so many areas of the music industry while spreading positivity with the ultimate goal of reaching people for God with their unique blend of rock and metal. If you enjoy the melodic content of Paramore, and the character themes of Slipknot, then you have found the perfect matchup in GFM. Their musical journey began with 2016’s Identity Crisis, followed by 2019’s Oh, The Horror! GFM kicked off 2020 with new singles in anticipation of their upcoming EP, Operation Take Over. While the pandemic put a pause on the group’s heavy touring schedule, they still managed to hit the road for a short summer run while performing over 20 livestream events that have kept fans engaged.

The group has performed at festivals throughout North America and Europe, while sharing stages with the likes of Breaking Benjamin, Thousand Foot Krutch, Demon Hunter, A Day To Remember, Disturbed, Halestorm, Chelsea Grin, All That Remains, Drowning Pool and more. Their hit single, “Taking Over,” held the #1 spot on the CMW Chart for 4 weeks in a row, while “Graveyard of Identities” and “On the Inside” were both Top 10 hits on the Billboard CHR Chart. To date, GFM has racked up over 1.3 Million streams on Spotify.

The “Where Were You” music video was filmed on location at Castle Otttis in St. Augustine, Florida.

For more information, visit the official website at www.theGFMband.com.

Don’t miss GFM’s Beautycore and the Beast livestream alongside Relent and Spoken this Saturday May 22nd. More info here.