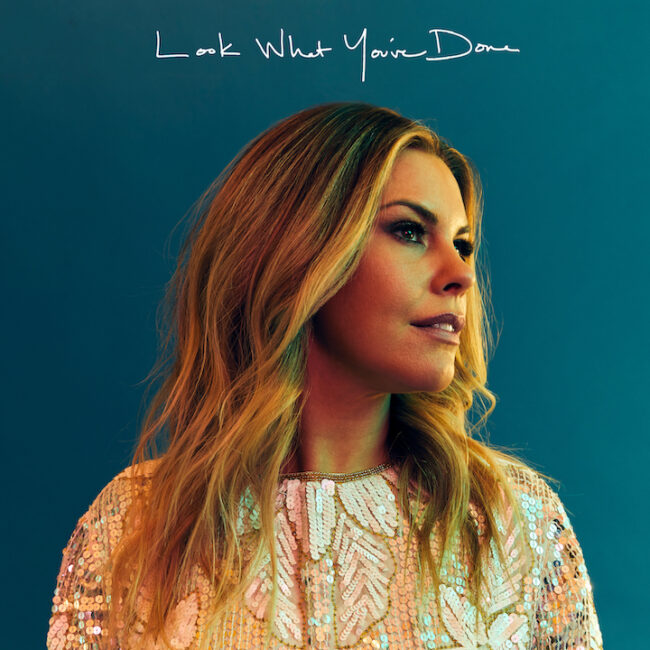 One of Billboard’s Top 5 female Christian artists of 2020, BEC Recordings’ breakout singer/songwriter Tasha Layton is making major moves at radio with the launch of her latest single, “Look What You’ve Done.” Penned by Tasha Layton, Matthew West, AJ Pruis and Keith Everette Smith, the soaring anthem debuts this week as the #1 Most Added song on Billboard’s Christian AC Indicator chart; the #2 Most Added across all Christian AC radio; and the Billboard Christian AC Monitored chart’s #3 Most Added single.

Immediately resonating with listeners around the country, “Look What You’ve Done” also debuts in the Top 30 on Billboard’s Christian AC National Airplay chart this week, receiving nearly 30 out-of-the-box adds. Produced by Layton’s husband, GRAMMY® and Dove Award-winner Keith Everette Smith, the autobiographical track showcases the power of God’s truth in the face of the enemy’s lies: “Standing in Your presence Lord/I can feel You diggin’ all the roots up/I can feel You healin’ all my wounds up/All I can say is hallelujah.”

“This song is such a testimony to God’s transforming power in my life,” Layton shares. “It was a privilege to write it with a great storyteller like Matthew, as well as my husband Keith and my friend AJ. The beautiful thing about my story is that, in many ways, it is every believer’s story: that God, in His great mercy, digs up the lies that bind us and replaces them with His truth. I will never get over His faithfulness!”

“There have been times in my life when I thought I was broken beyond repair and it seemed as though shame had won,” she adds. “Sometimes, however, that pain we feel is God growing us. Sometimes the pain is actually God digging up the roots of lies we’ve believed so He can replace them with something true. The greatest truth is that Jesus died for every one of us. As I consider my salvation, I am left with a sense of awe and wonder saying, ‘Jesus, look what You’ve done!’ My prayer is that when others feel the finger of shame pointed at them—or even their own—that this song would be a reminder of God’s redemption.”

“Look What You’ve Done” follows Layton’s 2020 breakthrough single, “Into The Sea (It’s Gonna Be Ok).” Among the biggest hits at Christian radio last year, the stirring ballad was a Top 10 on both Billboard’s Christian AC Monitored and Christian Airplay charts, and the track notched Top 40 positions on Billboard’s Christian Airplay Songs and Christian AC Songs 2020 year-end charts. On digital platforms, “Into The Sea” earned more than 10 million streams last year and was named to SiriusXM The Message’s “The 20 in ’20 Year End Countdown” as well as Amazon Music’s “Best of 2020: Christian” playlist, among other accolades.

South Carolina-native Tasha Layton launched her music career in Los Angeles, quickly becoming an in-demand session singer. She appeared on Season 9 of American Idol and spent four years as a back-up vocalist for pop superstar Katy Perry. Layton’s voice has also been heard in productions for Disneyland and Cirque du Soleil, as well as Nickelodeon television, and she has served as an instructor at the National Praise and Worship Institute at Nashville’s Trevecca Nazarene University.