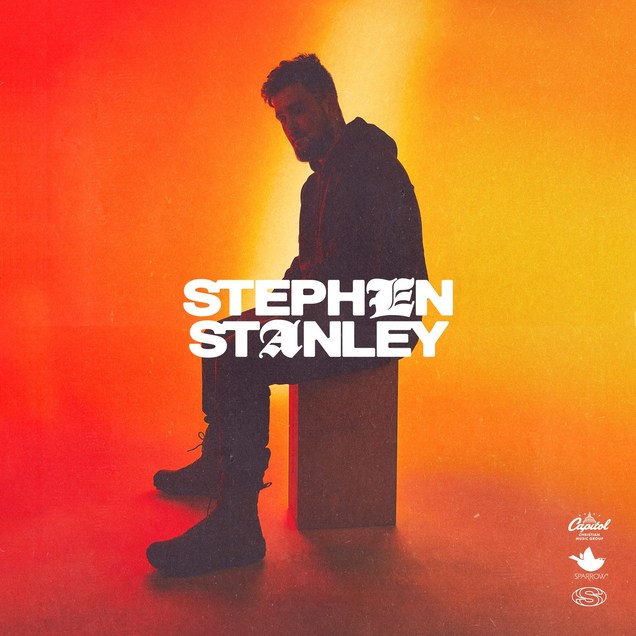 Stephen Stanley, who joined the Capitol CMG family just last year, drops his self-titled debut EP today. This self-taught multi-instrumentalist and singer/songwriter has a profound mission to create music that gives an immediate emotional impact, and he is ready to now share these new songs with the world.

It was in December when the world was first introduced to Stephen Stanley with his debut single “No Hopeless Soul,” which to date has received four million global streams and 317K music video views. His current single, “Lifeline,” released in March with an astounding 628K streams as of press time, can be heard on numerous playlists such as Spotify’s Top Christian and New Music Friday Christian, Pandora’s New Christian Music Now, and Apple Music’s Best New Songs, among others.

Additionally, his new music video for “Oasis” also drops today, making its debut with YouTube. The video can be viewed here and below.

Inspired by rock bands from the 70’s and 80’s that he listened to with his father, Stephen Stanley’s style reveals a depth of talent that comes from years of devotion to his craft. Hailing from McDonough, Georgia, Stanley learned to play a guitar his mother gave him at nine years old after he suffered from a jet skiing accident that left him deaf in his left ear. Uncovering a remarkable gift for music and melody, by 13 he was playing piano and drums in addition to writing songs and leading worship at the church where his father served as a pastor. Ever since, he has honed a distinct and dynamic voice as a musician, artist, and songwriter, bringing both raw emotion and a profound sense of purpose to everything he creates.

“My whole life I’ve known that I wanted to be in the Christian music world, but it took me a few years of writing to figure out exactly what I wanted to say,” he shares. “At some point I started to use my songs as a way to talk about mental health, and about how God has helped me to get through things like anxiety and depression. The way I write now is to try to be as introspective and open about what I’m feeling as I possibly can, with the idea that it will hopefully translate to other people who are going through something similar.”

As he continues to create music, one of his main intentions is to infuse hope and compassion into the musical landscape, especially at such a chaotic moment in time. “I feel like my generation wants to try to change the world, and we’re slowly learning that it’s not that easy,” Stanley says. “I really believe that love—and specifically the love that God offers—is the answer to so many of the problems we’re dealing with right now, whether it’s hatred or injustice or lack of unity. I hope my music helps to remind people of that, and helps them to feel a little uplifted and encouraged whenever they get overwhelmed.”

To find out more, visit StephenStanleyMusic.com and his bio and social links below. He is managed by Just Management and booked by Jeff Roberts & Assoc.