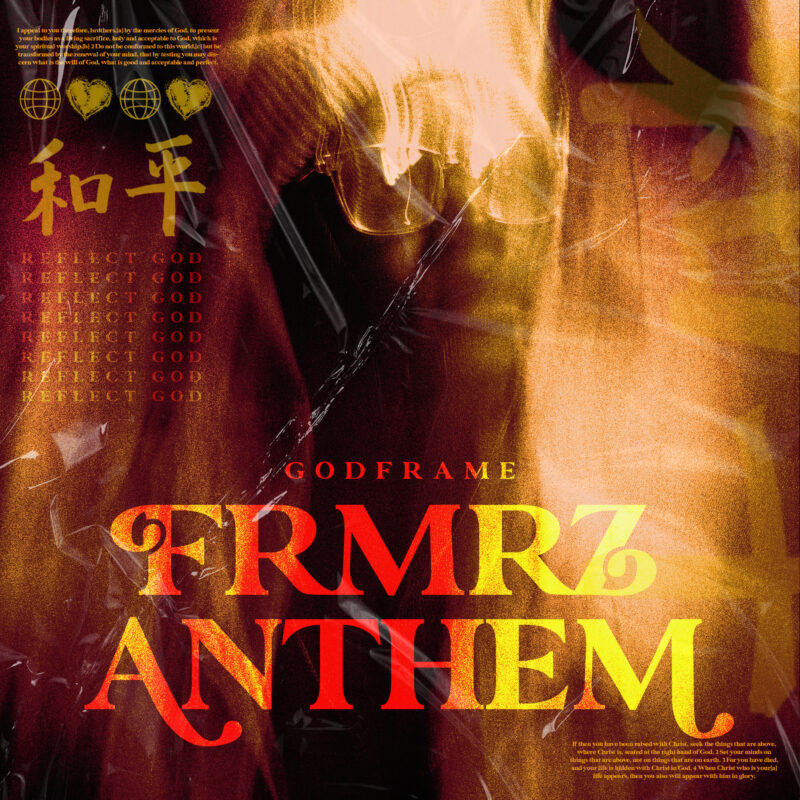 “I’mma tell my brothers they ain’t gotta murder, iss’ too many people goin’ bye bye // Tell my sisters they don’t have to sell their body ‘cause they’re beautiful in God’s eyes”

Atlanta-based Christian hip hop artist and producer GodFrame releases his third single and music video of 2021, “FRMRZ Anthem,” dedicating it to his fanbase.
“This is probably the song I had the most fun creating last year” he says. “I just tried to make the hardest hitting beat I could, and worked really hard on penning lyrics that stretched my skillset. I was out of my comfort zone with this one, but it was really rewarding in the end.”
While the self-produced track was designed sonically to be a bop, GodFrame explains that his intent was still missional. “I laced this whole thing with scriptural references,” he says. “I wanted to be really intentional about the lyrics. The whole idea behind the FRMRZ (pronounced “FRAMERS) movement is that we’re made in the image of God – but what does that mean? It means there’s a certain way we show love to one another, a certain way we love others, and a certain way we love God and ourselves. Our bible is full of verses about ways to live out our faith for God’s glory, so I wanted to put those messages into the song. Basically, if you’re a Christian, this is how to live.”
GodFrame hopes to give his fans something they can wild’out to, but he also wants to remind them that the work of every Christian is an ongoing one. He says, “In the song I say “‘I’mma tell my brothers they ain’t gotta murder, iss’ too many people goin’ bye bye/tell my sisters they don’t have to sell their body ‘cause they’re beautiful in God’s eyes,” because I want to remind myself and other believers to stay on mission for God’s people. We carry the hope of Christ inside of us, and every human being needs it.”