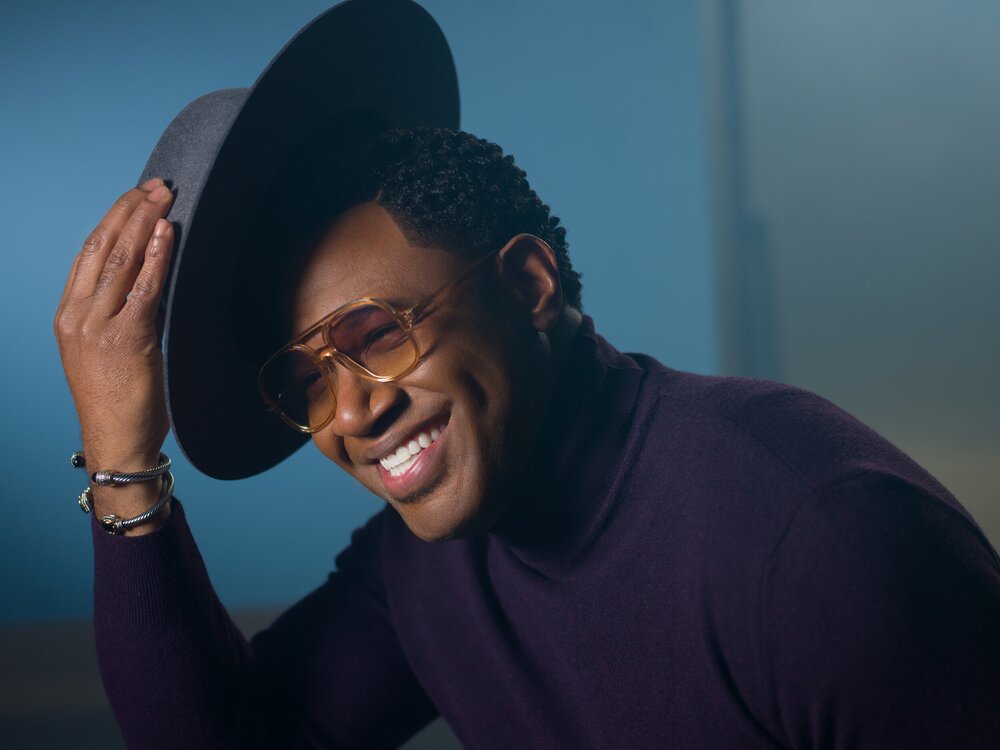 EXCLUSIVE: Alvin Garrett on “The Lightness of Love”

After of one of the hardest years in our lifetime, Alvin Garrett has done the impossible – he’s found joy.

And it’s not just because he co-penned the song, “Patiently Praising,” which was the first Gospel tune to peak at #1 in 2021. Or even the fact that he performed for the historic 56th Anniversary of the Selma Bridge Crossing in March. His joy comes from a profound gratefulness that he is alive, and on Alvin’s new album The Lightness of Love the GRAMMY nominated songwriter soulfully shares it with the world.

Jesus Wired journalist Jessica Morris sat down with Alvin to chat about his iconic new album, and what it means to write about God in the secular market.

JW: What inspired ‘The Lightness of Love’?

AG: I have to give credit to my two young daughters for inspiring the album. After recording the song “Go Together,” they fell in love with it and kept requesting that I play it, and we would dance and skip around the house. The song created such a light mood for me and that the feeling ultimately led to the idea of The Lightness Of Love.

JW: Your previous EP The Awakening, spoke openly about justice and oppression. How is The Lightness of Love a natural progression of this?

AG: My EP, The Awakening, was certainly my introspective response to the social injustice that swelled in America after the George Floyd murder. When I wrote “Go Together,” I simply wanted to take a break from the heaviness of it all. As I mentioned, that song began the journey for me to write more music to spread the lightness of love through music.

JW: What track from the album means the most to you?

AG: This is one of those tough questions like, “Which one of your kids do you like the most?” LOL. I guess it depends on which day it is…sort of like with the kids. Seriously, I love every song on this project, but “In It” has to be my favorite.

JW: You recently performed at 56th anniversary of the crossing of Selma Bridge. What did that mean to you?

AG: It was truly a great honor to perform for such a historic commemoration. What’s most rewarding is the fact that the songs that I’ve written and performed align so perfectly with the moment.

JW: You have achieved so much in your music career, receiving a GRAMMY nomination, as well as a Dove Award, a Soul Train Award and more. What does it mean to release your own original Gospel music in this era?

AG: I truly believe that people need to be inspired, and music is one of the most powerful ways to do that. I’ve felt that there’s been an inspiration deficiency on the radio outside of Gospel and Christian genres. I made the commitment to write and promote music that has the same inspirational impact of Gospel music but within the R&B/Soul genre. I have received countless testimonies of how my music has touched lives, and that’s the greatest reward. It takes true lyrical craftsmanship to write a song about God without saying God while making sure the listener can feel God in the song.

Hear more from Alvin Garrett on this Friday’s episode of the Between You & Me Podcast! Listen here and subscribe here.

Get The Lightness Of Love