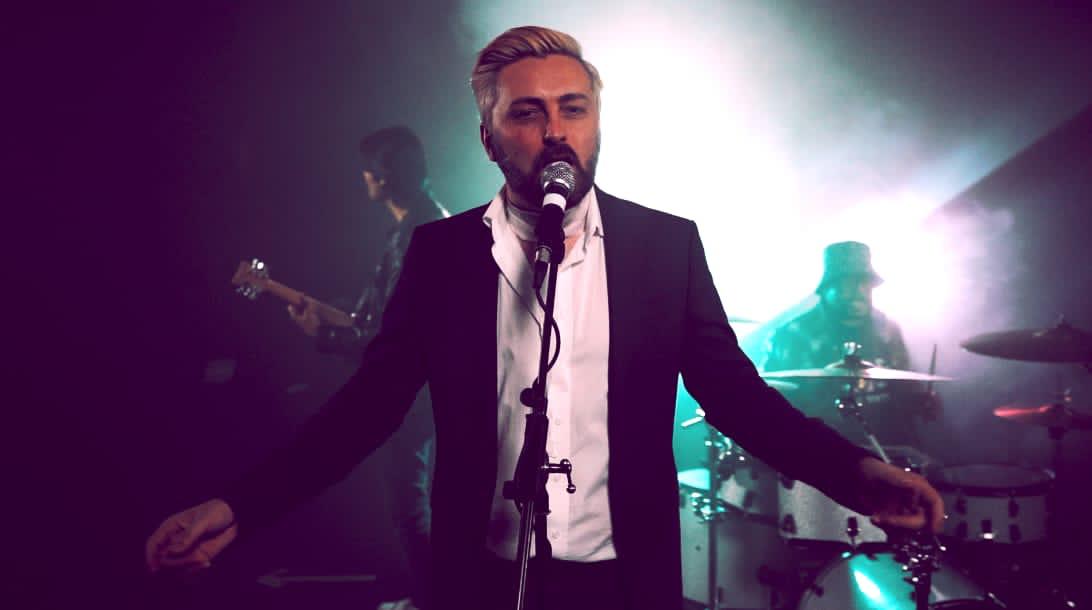 From the Nightclub to the Cross, Just One Touch From The King changed Gospel Rocker Rikki Doolan’s life forever

Gospel Rock n Roll artist Rikki Doolan has an amazing story of Gospel music taking him from a rock n roll lifestyle of debauchery, nightclubs, drugs and alcohol to a life filled with Jesus’s love and grace, as a Pastor and worship leader.

Doolan has recently released his version of the classic Christian Rock song ‘Just One Touch From The King’ and he says that it is ‘just one touch from King Jesus that turned his life around completely.

Doolan says “I was saved by the Lord Jesus Christ in my hometown of Middlesbrough in 2012. From 2007 onwards I would sing in nightclubs, pubs, and even on the streets. Along with that I lived a real rock and roll lifestyle with regular mass sessions of alcohol, and endless cocktails of drugs. My life is in serious danger of spiralling out of control or even ending prematurely. One morning after a heavy all night of partying, drugs and booze I walked down a road feeling very worse for wear and stumbled across the most magnificent music coming out of a church building. It was worship music, and it gripped me right there in my steps, there was something in the sound of that music that was far greater than entertainment, far greater than manipulating your senses. I went into the building that day and found out that that something I was hearing was the worship of the Lord Jesus Christ. I was hooked, God’s grace had gotten into me, I received Christ three weeks later, joined the worship team two weeks after that, my life made a 360 turnaround for the better since that day, and I’ve been glorifying Jesus Christ since hallelujah!”

The much-loved Christian Rock song by Godfrey Birtill ‘Just One Touch From The King’ has been revamped and released for a modern-day audience by new British Christian Rock artist Rikki Doolan.

Doolan said “It has been a more than turbulent twelve months or so here in the UK, and right across the globe. This song really provides a tangible and realistic answer to people’s problems, Jesus Christ. Mr. Birtill wrote a more than exceptional song, inspired by the Holy Ghost, and it was a great honour for me to cover it.”

“The song says, “God has stretched out to heal us”, and there couldn’t be a more important message for the people of the world, and the church today. It’s time to heal, and Jesus Christ is the way to do that.”

Doolan went on to say that this is the first of three single releases he will be doing this year and he will release his debut album in the Autumn of this year. He is also hoping that the Covid restrictions lift sooner rather than later so he can travel around the country ministering in song at different events and conferences.

‘Just One Touch From the King’ by Rikki Doolan is available on Spotify, Apple Music and all good streaming platforms. You can hear more of Rikki Doolan’s music on his YouTube channel ‘Rikki Doolan Music’. You can also follow him on Instagram and Facebook @realrikkidoolan.
Artist is available for interview on request.