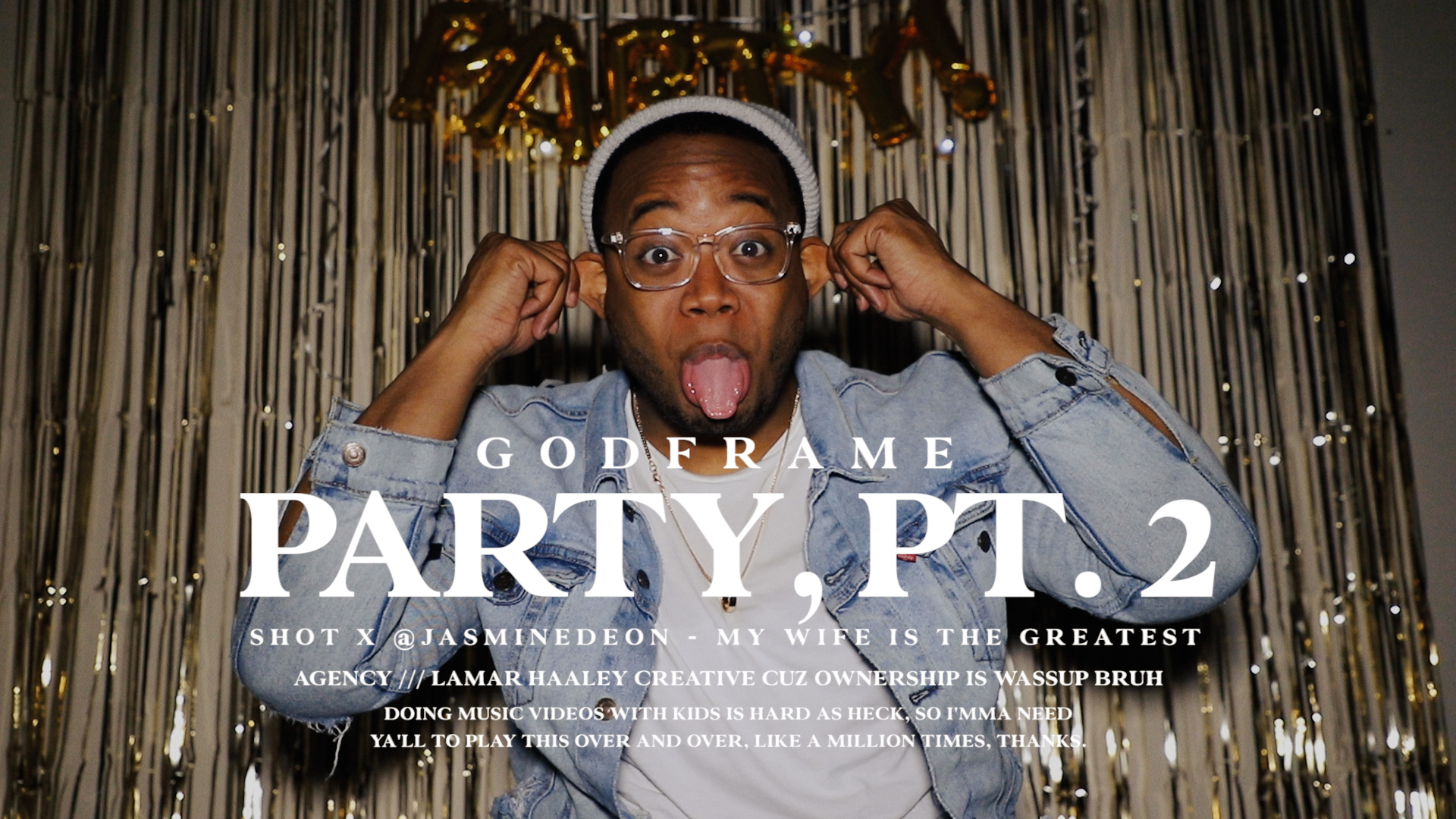 Atlanta-based Christian hip hop artist and producer GodFrame releases his second single of 2021, “Party, Pt. 2,” a sequel to the fan favorite by the same title.

“There’s so much going on in the world right now, I really wanted to give people something they could dance to,” he says. “Yeah life on Earth is super tragic, but that doesn’t mean we can’t still rejoice and hope in Jesus. He’s still alive and all-powerful, and our reason for hope.”

While GodFrame aims to get people moving with the self produced track, he admits that the uptempo afro-beat-inspired record is more than just a dance song. “If you listen to the second verse carefully, it’s sort of like a peaceful protest,” he says. “When Ahmaud Arbery was murdered last summer, so many of my brothers and sisters responded by releasing music, which makes sense, right? But I wasn’t going to at first. I couldn’t find the words to express the heartache and fear I was feeling. Plus, I didn’t want to make a song just because everybody else was doing it. I wanted whatever response I chose to be authentic. About a month after that, I revisited this old beat that I’d been working on since the beginning of 2020, and I was about to throw it away. But then I heard some of the lyrics and melody in my head, and it brought me to tears. That’s when I knew I had to do something with this song.”

For the music video, GodFrame and his team decided to go with a homegrown DIY approach, which he’s been known to do for most of his career. He explains, “The pandemic caught everyone by surprise. I don’t care what your budget was in 2020, everything had to look different. Being able to pivot and be like alright, God you’re in total control is what made it possible to keep going. We had this whole other concept in mind for the video, but it would’ve involved a ton of people being in the same space. So instead, my wife shot the music video for me in our living room, and we asked a bunch of my fans, friends, and family members to do the same thing in their homes. So in the end, you get this beautiful mashup of a bunch of different people vibing to it in their own way. I actually liked this concept better than what we’d originally planned because it promotes unity, and it was really fun to have my wife and kids be in a music video with me.”

GodFrame hopes to bring a dose of joy into people’s lives when they watch the video, but he also wants to remind them that the work of reconciliation is an ongoing one. He says, “In the song I say that we’ve got a lot of violence, but we still silent…lot of people cryin’ but we still dyin,'” because while there’s been some movement in our country toward tearing down our issues of racial inequality, we still have a lot of work to do.'”