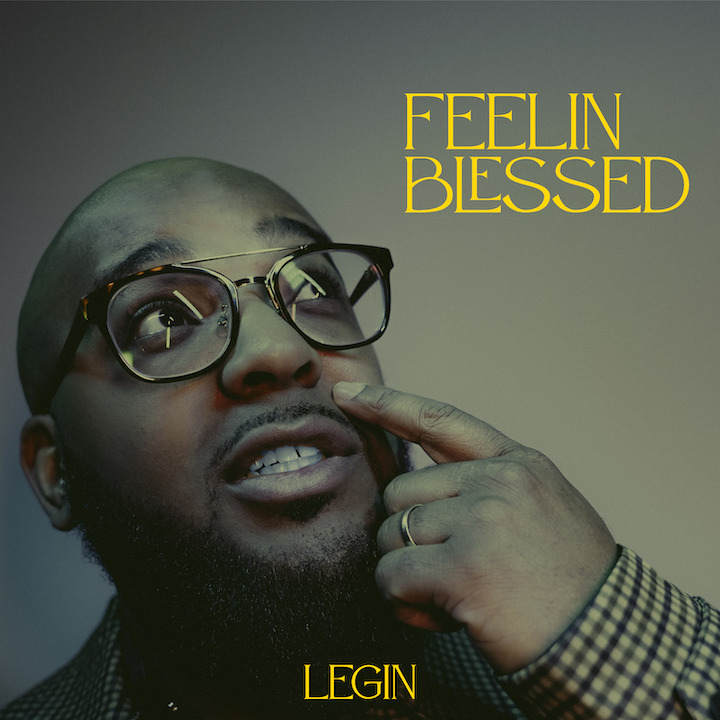 LEGIN IS ‘FEELIN BLESSED’ AHEAD OF GOOD ENUF CONCERT SERIES

Acclaimed hip-hop and spoken word artist, church leader, speaker and community advocate Legin is set to release his latest single, “Feelin Blessed,” March 12. The windows-down groove explores life’s successes and failures, focusing on Legin’s own account of nearly failing his family in pursuit of his dreams. Produced by Cardec Drums and Ben Mekkes, the track—available for pre-save now—spotlights God’s goodness even in hard times.

“I wrote this song to tell the story of leaving my job to pursue music and ministry and almost losing it all,” Legin recounts. “That’s when God spoke clearly through a friend who told me, ‘Don’t give up, He’s got you right where He wants you.’ Looking back, God was taking away all of the things I had for back-up. I think He wanted me to see that those things would fail me, but He would not. And He never did. Seven years later—with a healthy family, ministry and music career—He hasn’t failed. Not once. I feel blessed knowing the Father has my back like that.”

Following the single’s debut, Legin will launch the GOOD ENUF Virtual Concert Series March 16 at 8:00 pm ET. Directly addressing the marked rise in depression and suicide over the past year—particularly among youth and young adults—the four-part online series is designed to shine a light on the benefits of counseling and mental health services. In addition, GOOD ENUF events aim to connect those in need with helpful resources, while raising funds to subsidize counseling expenses for as many people as possible. Tickets for the March 16 inaugural GOOD ENUF Virtual Concert are available here.

“I know what it’s like to not feel good enough—as a man, husband, father, artist, speaker,” Legin shares. “I know what it’s like to feel I don’t quite measure up; that I can’t overcome my past rejections, pains and hurts; and that I’ll never ‘make it.’ “But I also know that God says something different about me: ‘…while we were yet sinners, Christ died for us’ (Romans 5:8). That means that on my worst day, God still thought I was worth dying for. And if the Creator of all thinks that of me, I am GOOD ENUF.”

“I’ve believed this for a long time, but it was a challenge to connect that in my heart,” he admits. “I entered counseling last year and learned that by dealing with my past traumas, I was free to truly embrace how much God loves me. My own counselor will join me on stage during this first concert, and our goal is to be transparent and vulnerable; to connect with the audience; to destigmatize counseling; and to hopefully make it an option for somebody.”