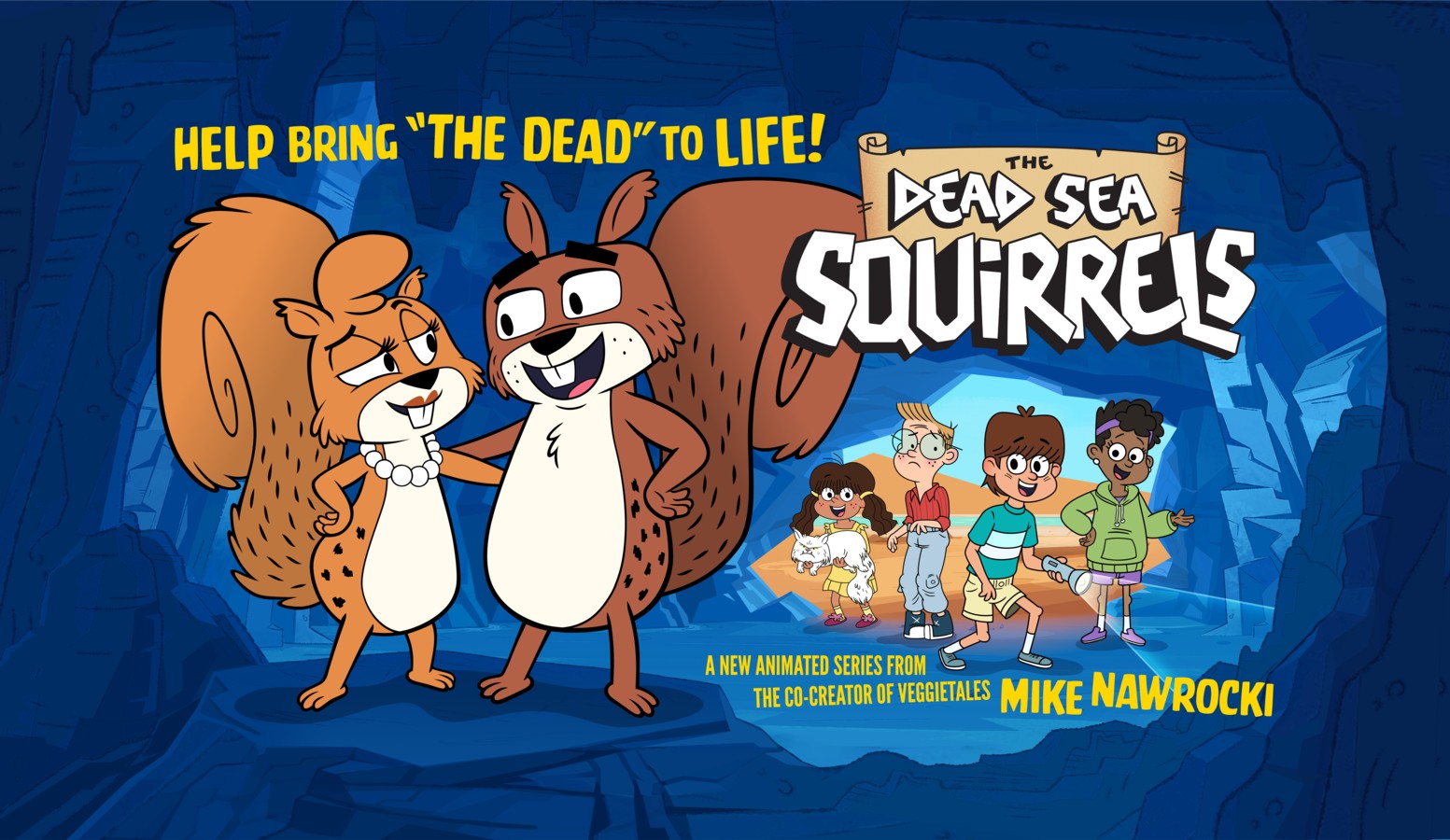 Mike Nawrocki, VeggieTales® co-creator and voice of Larry the Cucumber, had no idea his next animated adventure would star rodents. However, a few years’ time and one amazing idea led to the creation of Nawrocki’s newest animated series THE DEAD SEA SQUIRRELS. And just like squirrels gather resources for winter, Nawrocki and his team are gathering resources to bring this animated series to life by launching a Kickstarter crowdfunding campaign beginning today (Feb. 16).

Now through April 1, Nawrocki and his team need to raise at least $1.2 million to fund the production and animation of the first six episodes of THE DEAD SEA SQUIRRELS, the 13-episode animated series based on Nawrocki’s book series of the same name. (See THE DEAD SEA SQUIRRELS promotional video at https://youtu.be/iljjS7I8qzQ.)

“It’s been a longtime dream of mine to bring this series to life,” says Nawrocki. “What started as a title based on a ‘cheesy’ pun has developed into a fun-filled world kids will love while giving parents an entertaining resource to pass on biblical values and life lessons. Plus, with VeggieTales, 3-2-1 Penguins, and now The Dead Sea Squirrels, I hope to cement my legacy as the ‘cheesy’ pun title guy!”

In order to help reach the $1.2 million fundraising goal, donors to the Kickstarter campaign receive various rewards for donating, ranging from a sneak peek of the first full animated episode to the donor being “immortalized” as an animated character in one of the episodes. Anyone who would like to join the effort to bring these squirrels to life in homes everywhere is encouraged to visit the Kickstarter page to donate or go to www.deadseasquirrels.com for more information.

THE DEAD SEA SQUIRRELS tells the story of Merle and Pearl, two 1st century squirrels from Israel who’ve been preserved in sea salt in a cave alongside the Dead Sea. When 10-year-old Michael discovers them 2000 years later and sneaks them home in his backpack, hijinks ensue after this salty couple reanimates and takes their new friend on adventures full of action, humor, music and character-building lessons.

To make this dream a reality, Nawrocki gathered an outstanding team of industry professionals with whom he teaches at Lipscomb University, including renowned Disney animator Tom Bancroft (Mulan, The Lion King, Beauty and the Beast) and legendary producer / filmmaker / recording artist Steve Taylor, with whom he co-wrote “The Dead Sea Squirrels” theme song. They are even employing some of animation’s newest and brightest stars – their students at Lipscomb, who have been hired to help animate the series in coordination with New Zealand’s Mukpuddy Animation Studios.