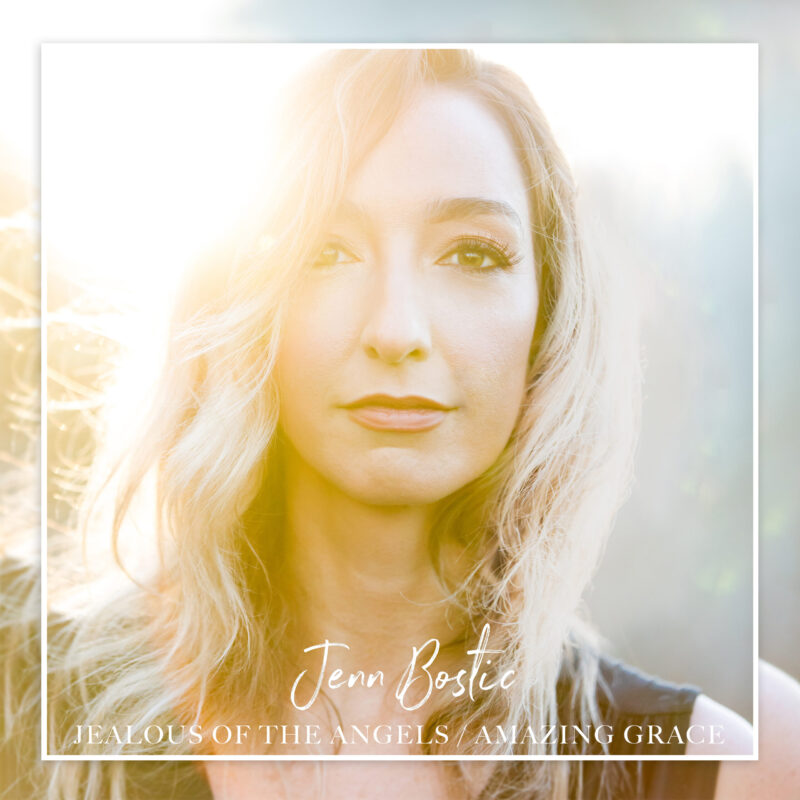 Jenn Bostic’s powerful voice and soulful songs have the knack of directly impacting your soul, and none more so than her popular and heart wrenching song Jealous of the Angels. Today, on the 25th anniversary of the tragic death of her father Jim, Jenn Bostic releases a new version of Jealous of the Angels as she mixes in a verse of Amazing Grace to beautiful effect. The moving new music video and more about the new single and the new “The Jealous of the Angels Project” can be seen below.

Jenn Bostic wrote “Jealous of the Angels,” for her late father who passed when the singer was ten years old. Originally released in 2011, its viral success has brought her to a #1 single in the United Kingdom, performances on the Ryman Auditorium and Grand Ole Opry Stages, several million views on YouTube, as well as countless television appearances and international tours. After ten years of performing the song live, hearing countless stories from those who have deeply connected with it, the song has stirred new power and life. Bostic is set to release a second version of the song, which includes a verse of Amazing Grace, on February 16th, the 25th anniversary of her father’s passing.

February 1st, she launched “The Jealous of the Angels Project,” giving others the opportunity to submit videos to honor their loved ones through part of a memorial project set to release the second week of March.

The piano playing songstress was born in Philadelphia, PA, and raised in Waconia, Minnesota. She attended Berklee College of Music and now resides in Nashville, Tennessee. The British Country Music Awards named Bostic “International Touring Artist of the Year” in both 2017 and 2018. In 2012, The Independent Country Music Association named her “Best Songwriter,” “Best Musician,” “Best Indie Country Song” for Jealous of the Angels, “Best Female Artist,” and “Overall Winner.” Her latest project Take My Hand Part 1, was recorded with Grammy nominated producer and hit songwriter Lauren Christy. Jealous of the Angels/Amazing Grace is the first single release from the forthcoming full length album.

Get Jealous of the Angels / Amazing Grace