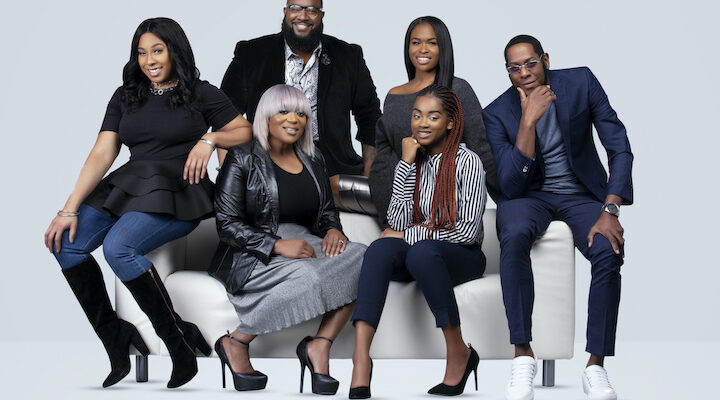 RCA Inspiration, one of the premiere labels in Gospel and inspirational music, announces a strategic partnership with the entertainment company Marquis Boone Enterprises, to release upcoming projects from Kelontae Gavin and Fresh Start Worship. The record label, under its partnership with the entertainment company, will provide a range of cross-departmental support including distribution, radio promotion, marketing, sales, publicity, production, among other areas. Led by Phil Thornton, SVP and General Manager of RCA Inspiration, and Marquis Boone, Founder of Marquis Boone Enterprises, the partnership’s preliminary releases for 2021 will include a full-length album from Kelontae Gavin, and a single from the Fresh Start Worship group.

Young worship leader Kelontae Gavin has continued to be a Gospel star on the rise, since the South Carolina native first became a YouTube viral sensation singing a hymn in his high school cafeteria in 2014. Signed by Boone, Gavin released his debut full-length album The Higher Experience in 2018, which hit #1 on Billboard’s Top Gospel Albums chart and garnered four Stellar Gospel Music Award nominations. Marking the partnership’s first release this quarter, Kelontae Gavin’s second full-length album will be released on Friday, March 5th. Titled The n.o.w. Experience, Gavin’s album will be available for pre-order/pre-save/pre-add via digital music providers on Friday, February 12th.

Fresh Start Worship, is a millennial group of worshippers based out of Atlanta. The six-member group leads worship out of Fresh Start Church in Duluth, GA under the leadership of Pastor Marquis Boone and released their debut full-length album Fresh Start Worship in 2018, which featured the hit single “Mention,” a #2 hit on Billboard’s Gospel Airplay chart.

Phil Thornton, SVP and General Manager of RCA Inspiration, says: “We are thrilled to form this strategic partnership with Marquis Boone Enterprises, as we have an aligned vision for continuing to nurture fresh voices that move gospel music into new levels. The legacy of gospel has remained a powerful foundation in bringing us closer and lifting us collectively especially in challenging times, and I look forward to sharing the releases in store from Kelontae Gavin and Fresh Start Worship.”

Marquis Boone, Founder of Marquis Boone Enterprises, says: “To partner with one of the premier labels in gospel strategically will be a game changer for Kelontae and Fresh Start Worship. RCAI and MBE visions align and I believe this collaboration will produce great results. The next generation is ready to be presented and we are prepared to launch them.”