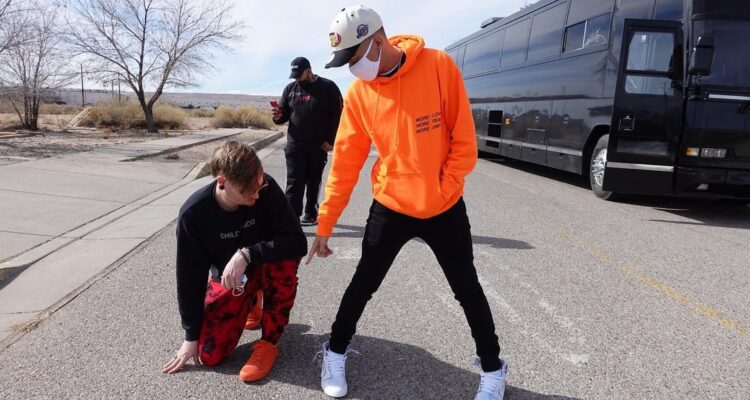 Remember those things called gigs we all used to go to all the time? Yeah, me neither. I’m pretty sure they’re a myth we all made up at this stage but TobyMac’s Hits Deep Tour and Winter Jam have something to say about that!

The Hits Deep socially distanced tour kicks off tomorrow! Yes, for real. There’s a gig you can go to! Well, if they’re close enough to you of course! Details on all that useful tour dates stuff can be seen here.

Winter Jam are also stepping up to offer you an actual gig to go to; how kind of them! The family favorite massive tour will be over an extended weekend this year between March 18th and March 21st. The artists announced can be seen below, and like their Facebook page to find out who the speaker’s going to be.

Miles Minnick, 5ive, Kurtis Hoppie, Marcus Lee and Dany Gray are on the Free To Worship tour. Dates below.

The Invasion Tour is going down soon. Follow Halo Hazael below for the details and grab your tickets and, for the next 3/4 days, your meet & greet passes here.

…and we return to the now standard online only performances. Although with Wande being featured in Grammy’s Positive Vibes Only series that’s certainly not a bad thing. Woo!…is the song we’re guessing she’ll be performing. Which song do you want her to perform?

Now on to other news. Glasslands revealed what they were teasing yesterday, as they announced their signing to Velocity Records.

BrvndonP’s Stuck On You drops tomorrow.

Britt Nicole is working on new music (does a quick but mature happy dance!).

And before we leave This Place, Jay-3 & Brittannee have something to say.