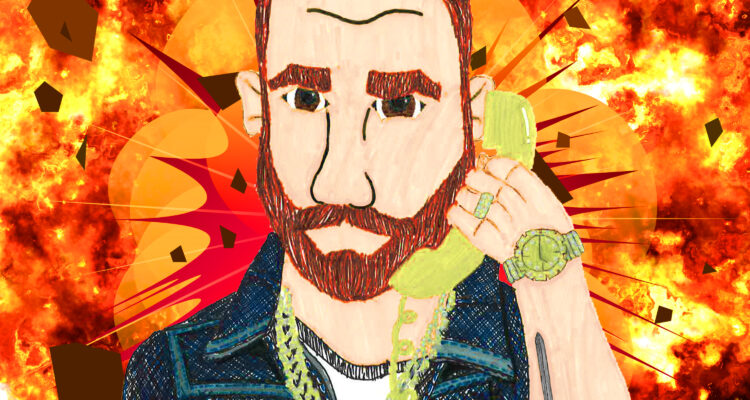 Wyoming native Christian Hip-Hop artist, “verilyy.” released his fourth single, “LANDMINE!” on January 8th, 2021. “LANDMINE!” is a high-energy song about wanting to throw in the towel, but being faithful to the things God has called him to.

“…I’m about to go and get it, I’ve got things I gotta finish, I don’t wanna waste a minute, but I’m tired, feel like quittin’…”

“2020 was a crazy year for everyone, but with all of the responsibilities I had and getting married on top of a pandemic, sometimes I wanted to throw in the towel and run away from everything.” verilyy., who’s real name is Doug, is the Worship Director at Calvary Chapel Cheyenne. Doug spent much of his time in 2020 making video services for the church’s website as they didn’t meet in person for several months. “I’m incredibly grateful that God provided work for me and that I was still able to get married in the midst of the chaos, but it was an exhausting year.”

“LANDMINE!” is now available for streaming on multiple platforms and the music video is on YouTube.