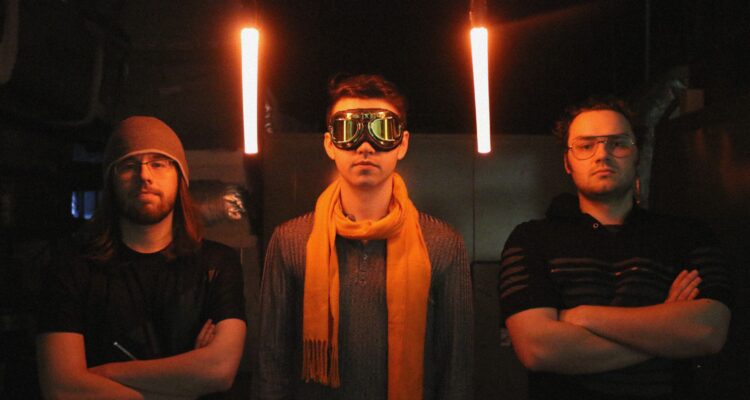 Brand new music hits the Christian Rock/Alternative scene as Stonewall Static releases their debut album, Transistor. Following the release of their single, “Charade,” and music video, “Light of You,” the record was released on December 25, 2020.

The band spent three years writing, re-writing, and recording the album, trying to invent a sound that would bridge the gaps between a wide variety of genres. Frontman Caleb Manning stated, “Being in a three-piece band whose influences range from heavy metal to adult contemporary, none of us wanted to leave behind the sounds we liked.”

Along with Manning, Daniel Hopper and Joshua Gonzales make up Stonewall Static on guitar and drums respectively. During the creation of Transistor, the band worked with Global Songwriters Connection representative Paul Isaac to produce their fresh, energetic, and emotional sound. Stonewall Static has reported that they are planning a Spring-Summer tour, spanning several states across the U.S., that will be announced within the coming weeks.

Transistor is composed of seven tracks that range from the heavy hitting rock of “Light of You” to the starry ambiance of “Like a Rocket,” featuring powerful strings, colorful synths, and lyrics portraying a great escape.

You can view the official music video for “Light of You” below.

About Stonewall Static:
Hailing from San Antonio, Texas, “Stonewall Static” is an alternative rock trio that brings a highly energetic, professionally constructed live show that crowds of every size rave about. Since their formation in 2018, the band has garnered much buzz in the local and regional scene as a band to be watching and a band on the rise. The professionalism Stonewall Static consistently brings to the table, from the music, to the management, to the performance, has made the band sought after by promoters and other artists both as a headliner and support act for city sponsored events, local and regional concerts, and tours.