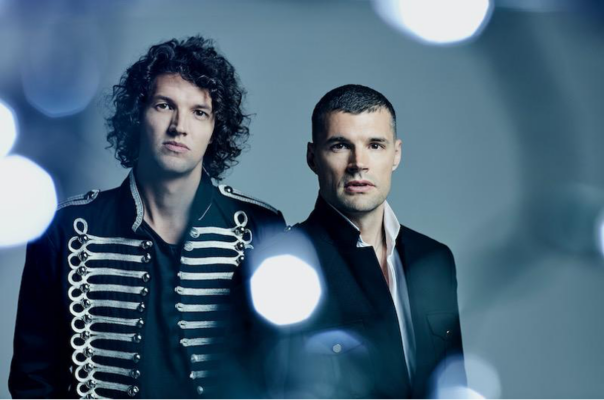 Four-time GRAMMY Award-winning duo and Curb | Word Entertainment recording artist for KING & COUNTRY will be making two special holiday appearances on ABC’s Good Morning America. The duo, made up of brothers Joel and Luke Smallbone, will be performing their spirited rendition of “Little Drummer Boy” on Christmas Day, and will be performing their No. 1 hit “joy.” on New Year’s Day, performing both songs at the historic Grand Ole Opry House in Nashville, Tennessee. for KING & COUNTRY has seven No. 1 hits, won its first Billboard Music Award this year, and has over one billion career on-demand streams to date.

for KING & COUNTRY have now seen five songs from A Drummer Boy Christmas hit the Billboard Holiday Digital Songs Chart, including the live staple “Little Drummer Boy”. This is the third time that the duo has placed a version of “Little Drummer Boy” on the Holiday Digital Songs chart. for KING & COUNTRY is currently on the road, performing on A Drummer Boy Drive-In: The Christmas Tour. The tour supports The Salvation Army along with its Rescue Christmas initiative, and concertgoers can bring new, unwrapped toys that will be collected by representatives from the local Salvation Army and distributed to families struggling during the holiday season. for KING & COUNTRY have SOLD OUT 16 shows thus far. For tickets and more information, click HERE.