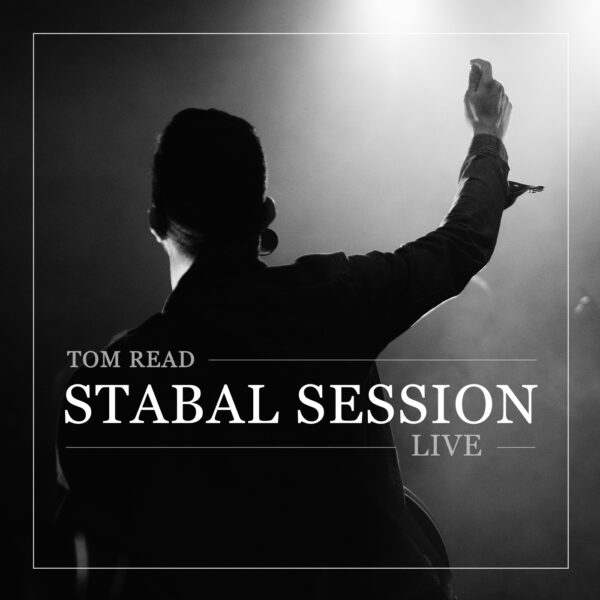 After the success of 2018’s Lament EP and 2020’s Reorient EP, Tom Read is releasing a new live album combining the 2- recorded pre-lockdown live in March and capturing fresh arrangements of the highlights from these 2 projects.  ‘Stabal Session (Live)’ is released 27th November 2020 in partnership with Bespoke Records and Stabal Music.

“I’m at the most authentic and comfortable that I’ve ever been as an artist- both lyrically and sonically. Insecurity and doubt can plague you as a creative person, so it feels great to really know who I am and be confident in that”

Tom’s journey since Compass (his last full album, 2013) has been a slow and thoughtful process. Beginning with a song-a-month Patreon campaign across 2015 and subsequently launching a new artist project CHARIOTS, Tom has been evolving his artistic expression- and through several different channels. Developing further as a producer in his own right (and doubling down on being an authentic writer) led to his last 2 EPs. This project marks the culmination of the last 7 years- a full album that ‘completes the set’, and provides punctuation to a season of rediscovering his artistic voice.

The writing quality of the project is only strengthened through Tom’s collaborators over these years- including Sam Bailey (Soul Survivor, HTB Worship), Josh Gauton (‘Stir A Passion’, Worship Central) and Lauren Harris and Jamie Thomson from St Aldates Worship.  As ever, Tom has brought his own slant to these songs- pushing the musical barriers and blurring what it means to be in the ‘worship‘ genre.

The project is bold sonically, which is only amplified by the live setting. Electronic drums and synths are layered with roaring guitars and vocals in what has become Tom’s telltale musical signature. The rawness of the recording is evident- no heavy handed editing/correcting has let the authenticity of the songs (through Tom’s vocal in particular) shine through. It’s a ‘warts and all’ capture of what happened on the night, powerfully illustrating how Tom’s drive for fresh creative expression meets songs that unapologetically explore emotions that can be hard to compute (and hence not often discussed).

“I think it’s getting harder and harder to describe music styles.” Tom explains, “Genres are so fluid and there’s so much crossover happening between different genres that it kind of doesn’t matter as much anymore. I’ve always thought that really great music transcends genres anyway”.

Stabal Session (Live) is anticipated by the release of the single ‘Dead Things To Life’ (released 6th Nov). Tom previously released a studio version of this alongside his 2018 Lament EP, being heavily placed on Spotify playlists- ‘Top Christian’, ‘Above & Beyond’ and ‘Alive With Worship’ (totalling over 300k streams to date) and garnering further widespread press and radio support.

“It’s been a while coming- but Tom’s first full album in 7 years is worth the wait. His last 2 EPs have been so well received that it made sense to combine the best bits of these projects, and display them in their rawest form- from a live gig (coincidentally the last live event before the global pandemic!). It’s another special project from a master artist- authentic, unpolished and bursting with energy- a fantastic way to conclude the chapter of redefining his voice as an artist over the last few years.”