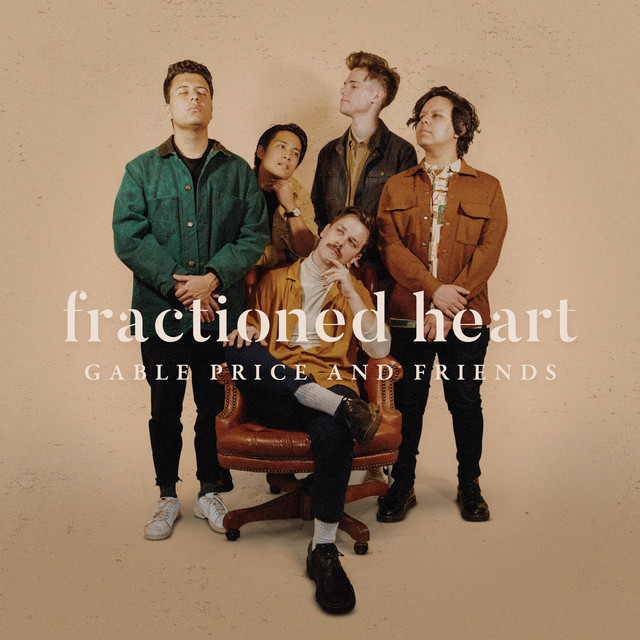 I discovered Gable Price & Friends very recently and in more ways than one, they took me by surprise. Over the years, Christian music— particularly the worship scene— has evolved steadily to infuse various genres like indie, rock and alternative music.

However, even with these infusions, most of these songs are still firmly rooted in Christian contemporary sounds. I love CCM (Christian Contemporary Music) so this isn’t a problem in the least.

Still, it was refreshing to find an album with heavy indie rock inclinations that are so unapologetic about the gospel of Christ.

The album kicks off with Heretic a song that ebbs and flows switching between warm piano-led verses and an energetic chorus. The lyrics of the chorus come across as a challenge as Gable Price belts out “Offend my mind so that I can know you more/And break my heart so it looks more like yours.” It’s a truly beautiful album opener that speaks about surrender to God.

Awestruck Revival has the steady rhythmic energy of a classic post-punk revival track. It’s punchy from start to finish and it paints a beautiful picture of the awesome nature of God’s presence. Communion slows down the pace of the album significantly carrying a similar theme to its predecessor. Although, while Awestruck Revival is a song that alludes to wonder of God’s presence, Communion is a cry to the Father about needing His presence.

Demons brings back the energy with infused dance punk influences. I love the use of chants in this track as it gives the track a great arena rock feel. Ten Percent is the title track of the album. It is an honest exploration of how much of ourselves we give to God—a theme that most Christians people can relate with today. Price’s lyrics, “I’m tired of tithing my heart” are truly words to live by in this modern age.

Evergreen continues the progressive pattern from the previous track, starting as an acoustic medley and closing beautiful, high energy indie rock. As the title suggests, Evergreen is a celebration of the consistency of God—His glory, His goodness, His power and His Love.

Of all the songs on the album, Not Safe might be the most tailor-made for a live stadium performance. The verses are punchy and even the quieter moments on the song are impactful because they are usually building up to something. The instrumentation on this song is particularly commendable and nobody is pulling any punches as the song rides into the most satisfying crescendo on this album.

At the risk of sounding a bit too derivate, Midway Drive feels like a song to listen to on an evening drive. Stylistically speaking, it’s a song that thrives on its simplicity and artful storytelling. The album closer, Repentance, is the quietest moment on the album. Lyrically, it sounds like a song that draws inspiration from the story of the prodigal son, reminding us that the arms of the father are always open to welcome us back home.

Fractioned Heart is a beautiful culmination of various themes that focus on daily Christian living. It is a relatable and lyrically accessible body of work that puts God at the centre of the conversation.

Being a long-time fan of indie rock and post-punk music, I would be lying if I said that all the songs here are original in terms of arrangement and composition. Yet, the band succeeds in infusing enough lyrical uniqueness and heart into every track which makes the overall journey a worthwhile experience.