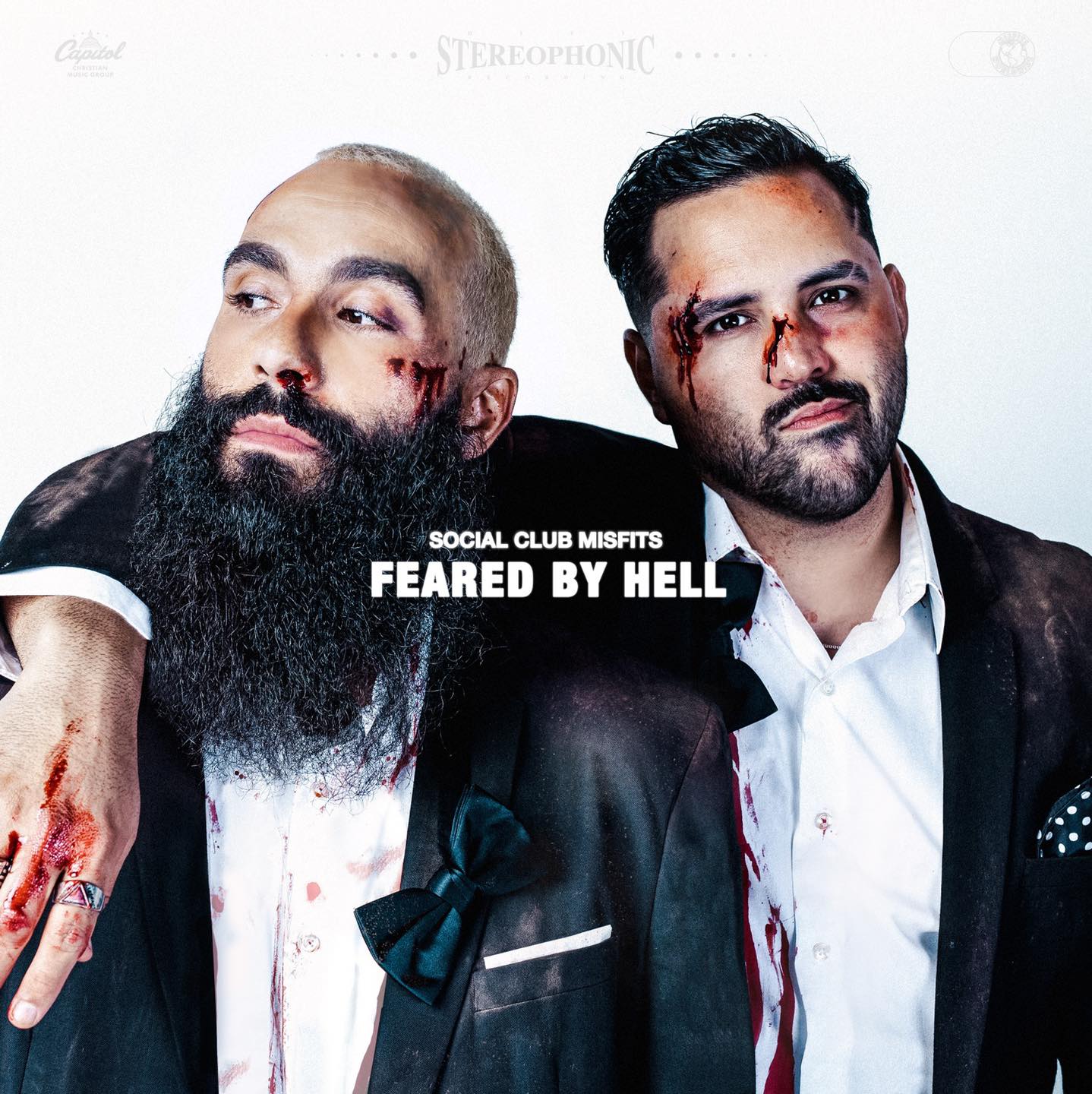 The wait is over, Social Club Misfits have released their highly anticipated album, Feared By Hell, which includes key features from Jay Kalyl, Jeremy Camp, 1k Phew, Riley Clemmons, Ty Brasel, Blanca, and more. Already amassing a combined 1M streams on the singles, the album is accompanied by a brand new video for the lead single Is That Okay?, directed by Anler Sire and can be viewed below.

“This album embodies the reality that we are Loved by Heaven and Feared by Hell. This album is a genre-bend of hiphop, latin, and pop with massive hooks. We feel like this is the best music we have ever made, and all during quarantine! – Social Club Misfits

Social Club Misfits is a Miami duo who built a core following on the strength of their provocative oeuvre and singular, quick-witted approach. Composed of Marty and Fern, Social Club is the after-effect of two distinctive personalities meshing to create an invigorating sound. The self-monikered “Misfits” are disruptors in every sense, challenging norms and bringing other misfits along for the ride.

Their last full-length album MOOD // DOOM released in December 2019 and, combining both EPs, has amassed global streams of 51M, surpassing their previous album INTO THE NIGHT which received over 48M global streams. Social Club Misfits were recently nominated for 2020 GMA Dove Awards “Rap/Hip Hop Album Of The Year” as well as “Rap/Hip Hop Recorded Song Of The Year” for their track “Enough (feat. Austin French)”. Doom., the band’s first self-produced project, released in the Fall of 2019 and has garnered over 13M streams to date. In terms of recent album chart success, Social Club Misfits hit #5 on Billboard’s Top Christian/Gospel Albums and #2 on Soundscan Christian Hip Hop Albums for INTO THE NIGHT.

The new album Feared By Hell is available everywhere now.

Get Feared By Hell