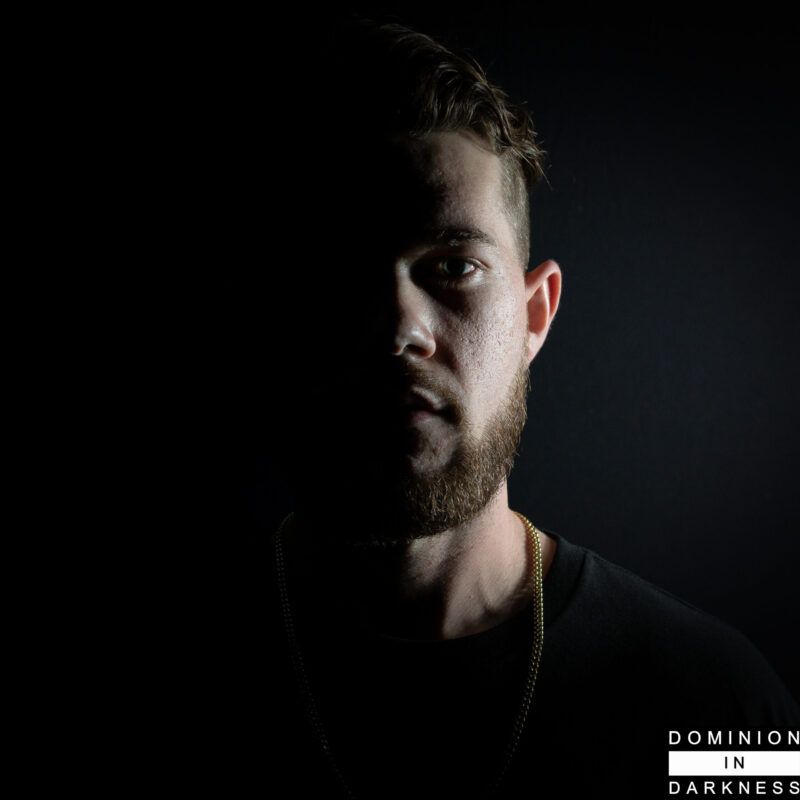 Hailing from Toledo, OH, Ryan David is an up and coming Christian rap artist. He’s released two albums, The Reckoning in 2018 and his latest Dominion in Darkness which released at the beginning of 2020.

Ryan David’s music is inspired by his life and the trials he has been through. He is an overcomer which you can hear about in his song Other Plans for Me where he sings about his victory over cancer 16 years ago.

“To me it’s more about the substance and the content that I’m speaking on. I’d rather tell a story of a situation that either happened in my life or kind of create this scenario about somebody in this situation that anybody in that kind of lifestyle would be able to relate to.” Ryan said about his lyrics and his style of music.

When not rapping, Ryan along with his sister Ashley hang out in this neighborhood in Toledo where they have fun with the kids and minister to the families.

How did you meet Jesus?

I’ve always been familiar with the gospel, with the Bible. I was raised by Godly parents, growing up it was routine.

When I got in high school, I was a skater kid, over the years me and my friends would get more rebellious. I started to stray further and further away from church. What I experienced in church, the god I saw bored me. To me God was my parents’ thing. Even during my rebellious years and stage, there would be this “Christian” tag on me I didn’t want. I think it was God’s hand on me, He prevented me from doing a lot of things. Even though I did drugs, got into pills, did acid and stuff.

There came a point, it was right after high school, I got in trouble stealing with some friends. My dad picked me up and we had a conversation. In that conversation, I heard God, I didn’t hear my dad. “Change your life, or you’ll end up dead.” That same night I went home, I turned all the lights off and got on my knees and asked God for a better life. I said I’ll follow you, I’ll serve you the rest of my life. He started revealing Himself through people and rap music.

He wasn’t in this box that I thought He was in growing up. Once I experienced God for myself, I started following him. I was loving the Lord, and still smoking weed, partying, and sexually immoral. The Lord has His process and we have our process.

5 years after I was saved, I went to this apostolic church, which I had never experienced. I got baptized in the Holy Spirit and God broke every addiction, every evil mindset, He literally delivered me from every sin and every bondage that I dealt with. I never drank again, I never smoked again.

What led you to rap?

The leaders in my ministry give the young a chance to walk out our gifts. During worship, one day I just started rapping. I started rapping in my church spontaneously. I didn’t think I would ever sing, and now I sing too. I’m a worshipper. God anointed me and gave me the gift to rap and use hip hop. At my core I’m singing to God.

What is your inspiration?

My favorite artist is KB. I’ve always liked his flow. He stays humble. One thing I’ve seen a lot in the Christian hip hop scene, is look at me. I want to be inspired by people that their fruit is so evident that there’s no room to speak falsely about them. Bizzle inspires me by being involved in inner city communities.

They live what they are talking about. Not just making a cool song. People that don’t have to be seen, but are passionate about doing the work.

Leaders in my ministry. They have helped me grow and spoken into me. It’s a privilege to have people see the potential in you and help pull it out and that’s what I want to be. I want to see everyone come into the destiny God has for them.

Tell me about your new album, Dominion in Darkness.

The album dropped in March, my second album. Favorite song on the album is Gold Robes. The song is pretty much speaking to prodigals, come home, you’re putting on a mask when you are around these people. But you know you are supposed to be influencing them.

At one show that song had this tough gangster dude sobbing. He said it was like it was written to him.

What’s the story behind the song Let Go?

That song is a whole ‘nother level. That song is when I quit my career in the medical field, registered as an RMA. Believing God was going to launch me, it didn’t go that way. I let go of everything. I didn’t know how I was going to pay rent. I’m believing for God to provide. Isaiah, who lends vocals to the song also quit his job, making $50,000 a year, with no plan so we collaborated. We care so much more about fulfilling our God-given destiny. 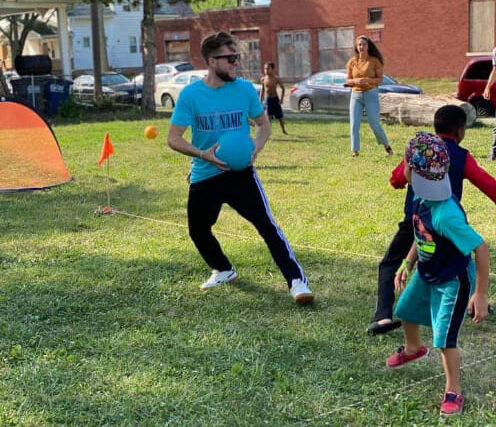 When not rapping, you work with kids. How did that happen?

In January, my friend Jason who owns property in the neighborhood, felt like the Lord wanted to give me a building that he owned to use freely.  I know a good opportunity may not always be God so I prayed. I was playing music on a Sunday with a friend, and two little kids showed up at the door. They got saved that day. They told us they were having nightmares and seeing demons, so we prayed with them. They came back to us a few days later and said they were no longer having nightmares and they saw angels.

So by myself, I would just go hang out with the kids in the neighborhood. It was difficult because it was this big responsibility.  My sister joined me and she was the missing link. We just started running hard. We got to know the neighbors and prayed with them. We became community with the people and didn’t just minister to them.

We don’t leave the ministry there.  We take it home. God’s waking you up and having you grieve for them because you know the situations they are in. It’s been great with me rapping and having that hip hop passion because I can click with these kids.

It’s fun, it’s a lot of weight, you’re kind of watching over these kids and they aren’t even your kids. In a way they become that. We want to be that example for them and their parents. It’s been a journey since March, it’s when we really started to see a lot of relationships formed. We show up in the neighborhood with no plan but to be there. We just want to see them grow into what God’s called them to be. They have this purity and this want to be Godly and to be holy, but they are so influenced by the culture around them. But when you see the breakthroughs, it’s all the work of God, we don’t even have to be present.

I don’t think the church should be stopping the work of the Lord no matter what the narrative is.

What’s next for you?

Long term, ministry with kids. I actually lived in this neighborhood prior for four years. God said I’m calling you back there. I’m also going to be traveling more with my music and ministry. Also planning my own clothing brand business.

Check out Ryan David’s new album Dominion in Darkness out now on all streaming platforms. Fun tidbit, it is marked as explicit. There are no explicit lyrics and Ryan said he has no idea why it’s marked that way, but he has chosen to leave it in the hopes it will draw those who may need to hear a message from Jesus.

Get Dominion in Darkness