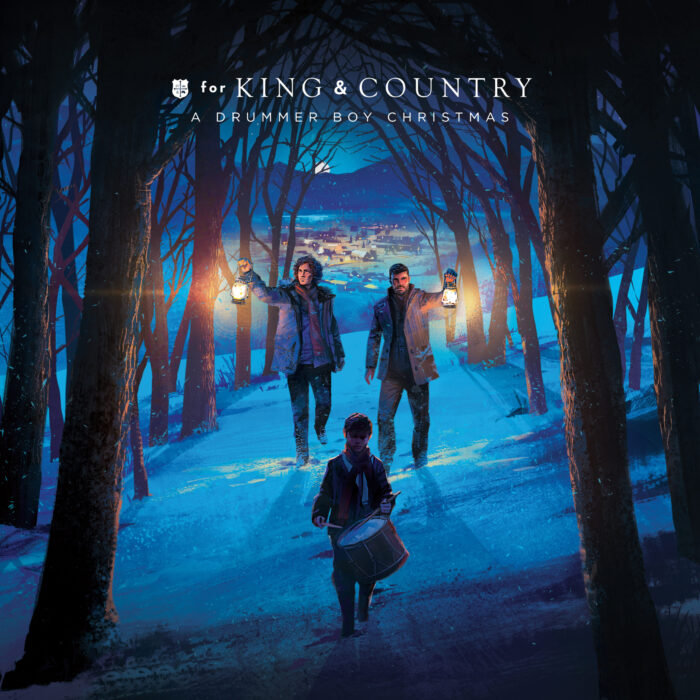 On the heels of a Billboard Music Award win and American Music Award nomination, four-time GRAMMY® award-winning Australian duo and Curb | Word Entertainment recording artist for KING & COUNTRY releases its first full-length Christmas album A Drummer Boy Christmas, available today. To coincide with the release, the duo will be premiering the official music video for the Christmas classic Little Drummer Boy – a song that has become a staple in for KING & COUNTRY’s live performance – at 12 p.m. CST today. Click HERE to listen to A Drummer Boy Christmas, and click HERE to watch the official music video for “Little Drummer Boy.”

Joel Smallbone, one half of for KING & COUNTRY, shares his thoughts on the album release:

“This album has been 8 years in the making. It all started in an old factory on a dreary 2012 autumn’s night where we dreamt up our rendition of “Little Drummer Boy.” And from that day to this, and with a load Christmas tours, singles and EPs under our belt, we’ve fallen in love with this miraculous season and it’s been written into the band’s DNA.

“So, when the hardship of 2020 took hold of the world, we thought that it would be the imperfectly perfect year to put together our first ever full-length Christmas record. And what a recording journey it’s been and an international one at that, from producers (Matt Hales) in Bath England, to string orchestration (Davide: Coldplay) in Copenhagen, to recording with our live band in Nashville, or mixing in London – this album has truly been a global creation.

“And therefore, it’s with great reverence and pride coupled with the hope that Christmas 2020 will be the most redemptive and joy-filled celebration of the greatest hope mankind has ever known – the birth of Jesus Christ, that we present to you A Drummer Boy Christmas.”

Joining for KING & COUNTRY on their milestone 13-track album are the award-winning band NEEDTOBREATHE – featured on “O Come, O Come Emmanuel,” and rising star Gabby Barrett – featured on “Go Tell It On The Mountain.” The collection also features two original Christmas songs entitled “Heavenly Hosts” and an emotionally moving ballad from Joseph’s perspective entitled “The Carol of Joseph (I Believe In You).” Known for their explosive and unique live rendition of the Christmas staple “Little Drummer Boy”, Joel and Luke Smallbone of for KING & COUNTRY implement that same energy into the totality of A Drummer Boy Christmas.

In tune with the holiday spirit, for KING & COUNTRY’s recent drive-in concert in Spring Hill, Tennessee raised over $50,000 dollars for The Well Outreach, a local food pantry and meal distribution initiative. The duo’s upcoming tour A Drummer Boy Christmas will support The Salvation Army along with their Rescue Christmas initiative, and will see for KING & COUNTRY performing safe, socially distanced concerts under the stars. Concertgoers can bring new, unwrapped toys that will be collected by representatives from the local Salvation Army and distributed to families struggling during the holiday season. The tour has produced SEVEN SOLD OUT shows thus far, forcing the band to book additional shows at venues like Globe Life Field in Arlington, Texas due to popular demand. For tickets and more information, click HERE.