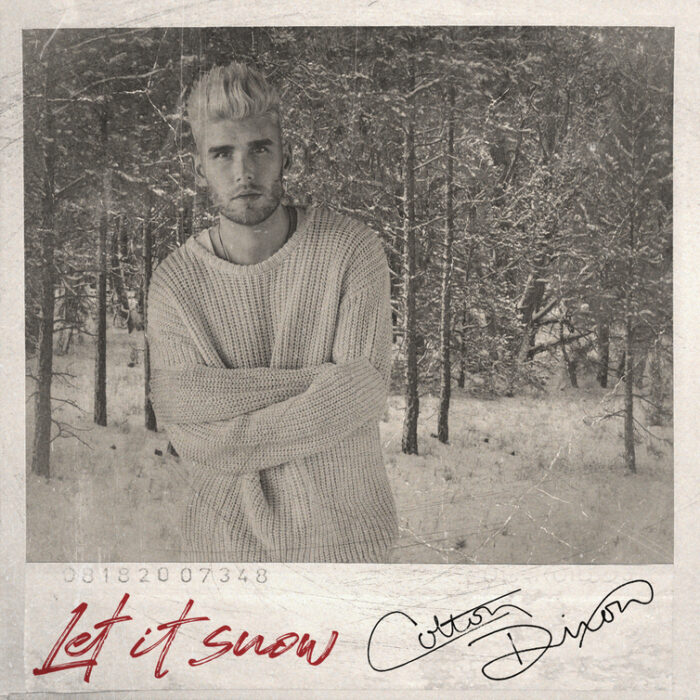 “Let It Snow” Coming From Colton Dixon on October 23

Dixon’s first holiday release since “Jingle Bells” in 2012, his new rendition of “Let It Snow” comes as Dixon and wife Annie will celebrate their first Christmas with their newborn twins, Dior and Ava.  Written by lyricist Sammy Cahn and composer Jule Styne in July 1945, the classic was penned in Hollywood, California, ironically during a heat wave as Cahn and Styne imagined cooler conditions.

“‘Let It Snow’ has always been a favorite of mine,” Dixon remarked about the tune.  “Annie and I are so excited to celebrate our first Christmas as a family of four, so recording a new song in time for the holidays just seemed like a really fun idea. Not sure we’ll get any snow either, but one could hope!”

Dixon’s latest hit single, “Miracles” appears on his Atlantic Record’s debut, the self-titled EP that released to critical acclaim in May 2020.  “Miracles” has not only been a hit single for the singer-songwriter, hitting No. 1 for six weeks on Hot AC/CHR and currently No. 9 on Billboard’s National Christian Audience chart.