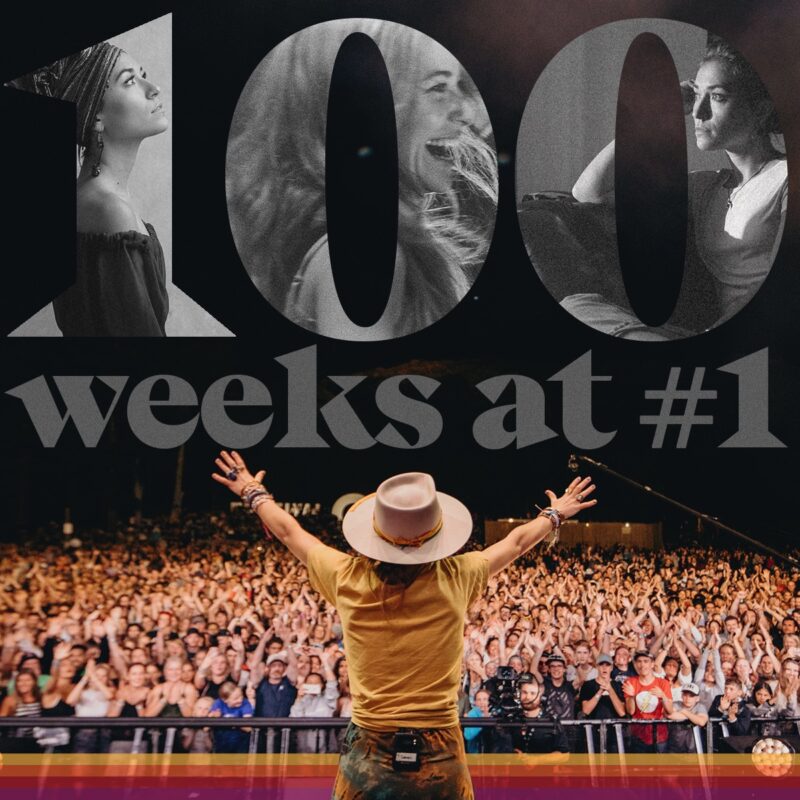 Just in case you missed it, Lauren Daigle recently achieved something that is, quite frankly, mind blowing! You Say has been number 1 on the Billboard Hot Christian Songs chart for 106 weeks. ONE HUNDRED AND SIX WEEKS! That’s over 2 years!! Wow!

As the official Billboard article says, “The genre-bending ballad is the first track to rule for 100 weeks on any of Billboard‘s multi-metric “Hot”-named song charts, which, like the all-genre Billboard Hot 100, blend streaming, airplay and sales data, as tabulated by Nielsen Music/MRC Data.”

Lauren Daigle had the following to say about her achievement…

When I was a little girl, I would dream of moments like this. Upon hearing the news, I called my family. We laughed. We cried. We made jokes. We celebrated. I am so honored and want to thank all the people involved in achieving this accomplishment. I may sing and write, but there are many people working behind the scenes. My sincere gratitude goes out to them. To be a part of a song that has not only made history but has lived inside the homes of families raising babies, widows needing comfort, teenagers needing a friend, those who have lost and those who have gained, that is a gift I’ll never fully put into words. Simply amazed that “You Say” has spent 100 weeks on @billboard’s Hot Christian Songs chart! Thank you ALL!!

Lauren’s sweet facetime call with her grandmother can be watched below, as can the music video for You Say (just in case you’re not one of the 177 million+ views!).

Lauren’s Hurricane Laura relief concert has been extended through to this Sunday. Support it and watch it here.