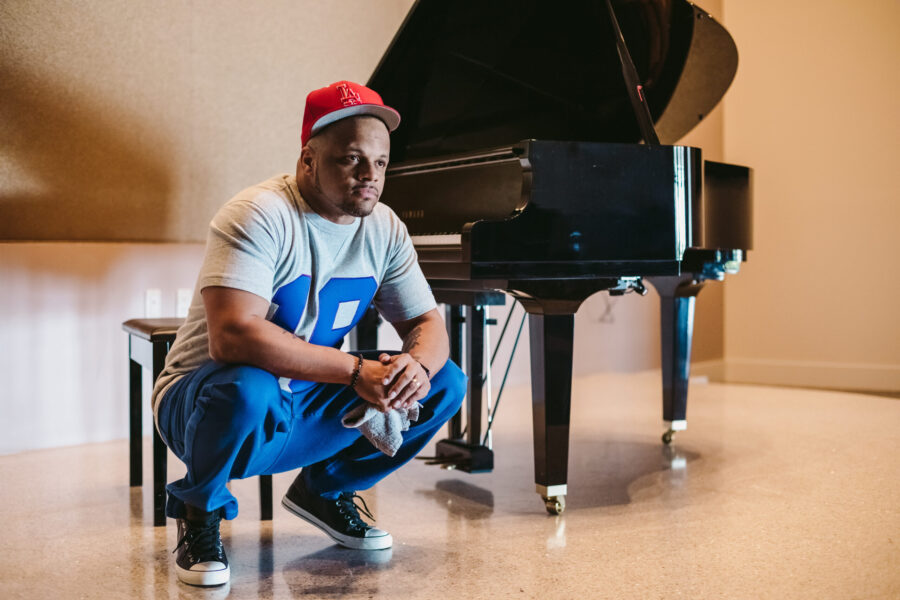 The history of ‘South Central’ includes Crips, Bloods, high murder rates, Ice Cube, Ice T, Barry White, Coolio, Issa Rae, Montell Jordan, and Tyrese represent its rich culture. The South-Central streets are not for the light-hearted, and thousands of dreams died in pursuit of greatness.
The echoes of pain reverberate within the faces of Blacks, Latinos, and Hispanics every day.

South Central native Kajmir Kwest symbolizes the purest form of hope and triumph within Millennial culture. Born from confusion and unimaginable odds, Kamir Kwest’s life became marked failure but destined for greatness in the same moment. The glaring absence of a father in a young man’s life creates unrepairable pain and a permanent void. Music is the perfect medicine for pain and elevates the human spirit on incomparable levels.
Throughout Kajmir’s life, God’s presence has surrounded his musical interests, sound, and direction. The love of Hip-Hop pulled on his heartstrings during his childhood years, which ignited a fire inside that would never extinguish. Sharing sold-out stages with Hip-Hop royalty such as Dogg Pound, Knocturnal, and more certified the grind and belief within himself. In 2010, he launched his entertainment imprint ‘Triple R Music Group’ and never looked over his shoulder. Since 2010, his digital catalog has surpassed 300,000+ streams across Spotify, Apple, and YouTube. The great Fredrick Douglas said, “with tragedy comes inspiration.” Kajmir Kwest is the perfect reflection of pain converted into triumph.

Buy/Stream The Signature – Melodies and Memoirs