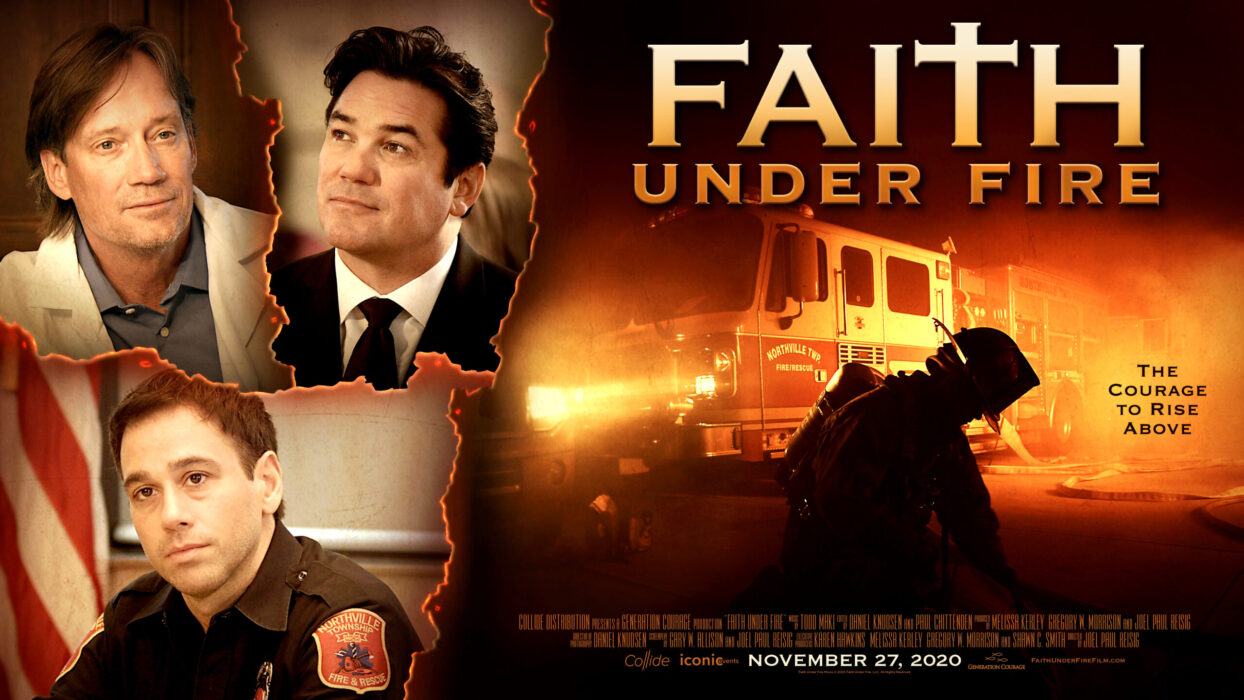 Oct 2, 2020
In partnership with Collide Distribution, Iconic Events, and Universal Pictures Content Group, FAITH UNDER FIRE is set to release in multiple formats.  The film will debut in theaters on November 27, 2020, then on release on DVD and through streaming formats beginning December 1. Starring Kevin Sorbo (Hercules, God’s Not Dead), Dean Cain (Lois & Clark, God’s Not Dead), and Nick Vlassopoulos (Detroit 1-8-7), and directed by Joel Paul Reisig (Horse Camp), FAITH UNDER FIRE is a powerful story of grief, forgiveness and finding the courage to rise above.
FAITH UNDER FIRE shares the story of Fireman Tom Hatcher (Vlassopoulos) who is at the end of his rope. He saves lives in his job but could not save his wife from cancer, and now his daughter faces the same battle. From an unlikely friend, Tom is challenged to face grief and embrace faith in his darkest hours.
“This is a film we need, now more than ever,” states Bob Elder, President of Collide Distribution. “This year has thrust so many people into facing unthinkable challenges, and this film offers a message of rising above our circumstances. We look forward to theaters re-opening so friends, families, and churches can share in this powerful story of hope together.”
FAITH UNDER FIRE was produced by Generation Courage, a Detroit-based Christian film production house.  Executive Producer, Melissa Kerley states, “We founded Generation Courage with the goal of being a ‘light in the darkness’ (John 1:5). Grief is so prevalent in our world now, and many are asking God ‘why me?’.  We are confident that FAITH UNDER FIRE will help bring hope and healing to many who need it.”
For more information go to www.faithunderfirefilm.com
Source: Collide Distribution
FEATURED VIDEO
Get your video featured here