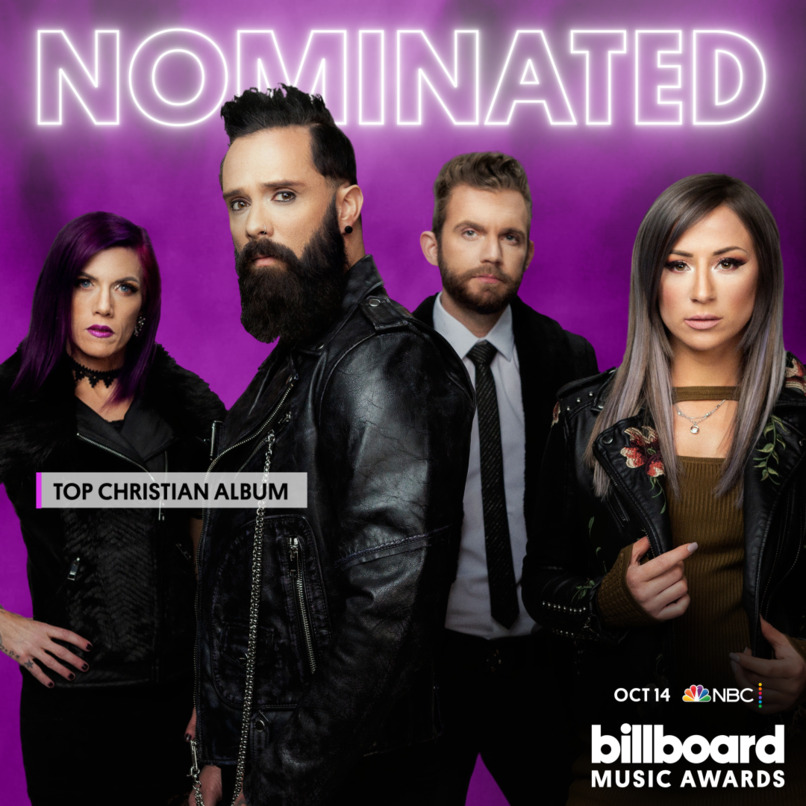 Mutli-platinum rock band SKILLET has received their 10th  Billboard Music Award nomination with their 2019 project, Victorious, receiving a nod for Top Christian Album.  The show will air October 14th at 8/7c on NBC.

SKILLET also teamed up with Billboard to raise money for The Red Cross with a Billboard Live At-Home performance which can be watched below.

Two orignal Victorious tracks are also getting traction as “Legendary” has been tapped once again for the WWE’s Monday Night Raw theme song this fall, and “Terrify the Dark” is currently impacting Christian CHR/Hot AC radio.

Still to come this fall is graphic novel Eden II: The Aftermath, once again pairing Random Shock Studios with Skillet frontman John Cooper and his Eden artist Chris Hunt. Available in both the standard and a limited deluxe edition, Skillet’s return to the post-apocalyptic world of Eden, as established in their 2019 graphic novel debut of the same name, is an exciting one for the band as well as their publisher, Z2 Comics. The original book became their best-selling graphic novel of all time. According to Cooper, Aftermath promises “more action, more surprises, more suspense.”

It's Skillet Music and we're teaming up with Billboard to raise money for American Red Cross with a Billboard Live At-Home performance!? Watch now and drop your questions, requests and donations below!

Posted by Billboard on Thursday, September 24, 2020