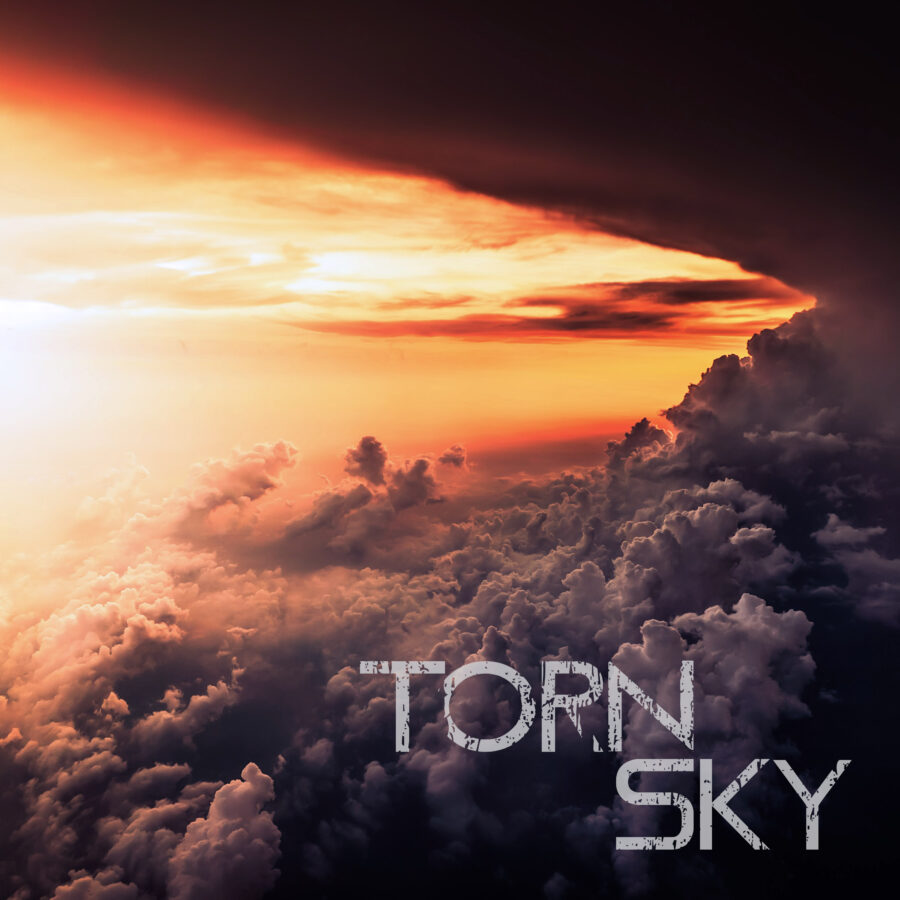 Torn Sky Cross Out The Past On New Self-Titled Album

The Haynes brothers have crossed out their old XD Out name and now go by Torn Sky. Specifying a change of musical direction after 20 years and 3 albums behind the name change, Josh and Chris are looking to reinvent themselves on their debut self-titled album under their new name.

Hope gets us instantaneously underway, a fast alt-rocker dictated well by the drums, the raspy vocals instantly settling you into the album. The fragile “we’re all made of glass” and in need of “hope” so “just keep hanging on” message coming across well. Breathe is a nice reminder to “Breathe” when “dark is all around”, the covert ‘in the shadows’ vocals at the beginning amplifying that concept.

We’re well On Our Way now and the brothers reveal another string to their bow with an up-tempo ballad of sorts. Growing steadily grungier as the track goes on, On Our Way keeps things varied and interesting. The bass work is a particular stand out here and that continues on Moving On, laying down a funky bassline for yet more variety. The vocals are as smooth as ever on this fun album standout, the sound almost sounding jazz like at times.

I Won’t Back Down is a strongly defiant rocker, the message of “I’ll keep this world from dragging me down, gonna stand my ground, and I won’t back down” despite being “in a world that keeps pushing me around” coming across loud and clear. It’s a good cover of the Tom Petty song, the Haynes brothers adding a new dimension to the original.

The Very End gets off to a slightly inauspicious start but the moment the drums start being absolutely leathered the apocalyptic track finds its groove. It may be a song about the end times but it doesn’t mark the end of the album.

Made up of only 4 lines and less than 10 words, Believe will largely be viewed as a forgettable track upon first listen, the long strong musical intro promising something that never arrives. When you know what to expect though, the almost laconic track starts to take shape. You know you can tune out and just enjoy the background music, knowing “I’ll believe, you believe, I’ll believe, we’ll believe” is slowly being etched into your sub-conscious memory as you savour the enjoyable ‘instrumental track’.

The Word offers up more words than its predecessor, with the opening words “say the word and be free” welcoming you into this solid rocking Beatles cover. And rock’s the word of the day for New Song (20 Years) and especially The Fight as they offer up the album’s strongest rockers. They vary in tones to keep the variation going, New Song’s being light and hopeful and The Fight’s being dark and edgy. Aggressive vocals make a welcome appearance on the latter, with some cool rock guitar riffs.

The unmistakeable sounds of a banjo lead us into the sombre album closer See You Someday. It’s a touching tribute and song to Josh & Chris’ late father with the cries of “gone too young I’ll argue Dad I need you now” and “there is no explaining the void you left behind” echoing in all of our souls, either because we sympathise with their painful emptiness or we’re reminded of how grateful we are to still have our loved ones and how we must make the most of our time together. It’s a well done song, their pain etched into every word, and I’m sure their dad would be proud.

Torn Sky have successfully torn up their past and reinvented themselves successfully on their debut self-titled album under their new name. The elements that made them ‘them’ haven’t been completely crossed out per se, the guitars are still strong for example, but it’s a softer more variable style of rock throughout. It seems to fit them better and while an out and out ballad as a mid-album breaker might have been a nice addition, Josh and Chris Haynes deliver a really solid offering on Torn Sky to start their new chapter as Torn Sky.