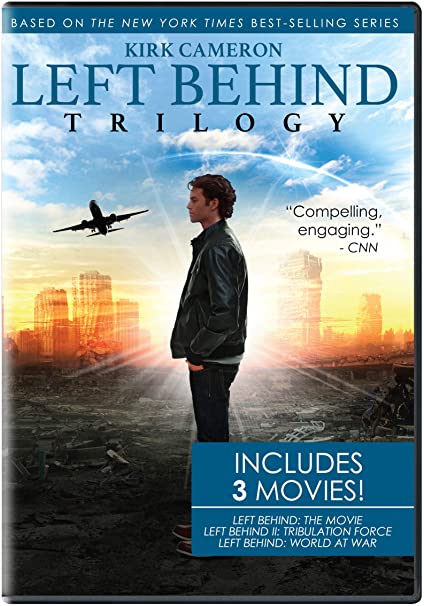 Cinedigm has released a 20th Anniversary special edition release of the LEFT BEHIND film trilogy on September 1.  Digitally remastered from a new 4K scan from 35MM and with a color upgrade, the 20th Anniversary Edition provides an incredible visual experience that will look great on today’s home entertainment systems.

When the films released twenty years ago, conspiracy theories, misinformation campaigns, censorship, and a deadly virus infecting the world were all part of the thrilling plotlines from the LEFT BEHIND movies produced by Cloud Ten Pictures, based on the #1 New York Times Best Seller book series of the same name. Those movies were an overnight success and went on to sell more than ten million copies on VHS and DVD.  In today’s climate of uncertainty, these stories are more timely than ever, with the ‘plotlines’ mirroring our news headlines.

The fear and uncertainty of the Book of Revelation comes to life in the LEFT BEHIND TRILOGY. Millions vanish, the society is in chaos, evil is lurking, the world is at war; this is the premise for the ground-breaking faith-based trilogy. Starring Kirk Cameron and Louis Gossett, Jr., the anniversary release features all three iconic films: LEFT BEHIND, LEFT BEHIND: Tribulation Force, and LEFT BEHIND: World at War and all new bonus features including: the Hollywood premiere special, cast and crew interviews, additional footage, a candid interview with Kirk Cameron about the importance of faith and a featurette with Louis Gossett, Jr. Dove Approved for 12+ the series has become one of the best known faith-based series, changing the genre’s landscape for years to come.

“The world we see on the news every day is scarier and more uncertain than it has been in at least a generation,” says LEFT BEHIND screenwriter, producer and Cloud Ten Pictures founder Paul Lalonde. “The world foretold in the Bible and dramatized in the LEFT BEHIND films has never been more real than it is now. It’s really happening, exactly as the Bible predicted thousands of years ago.”