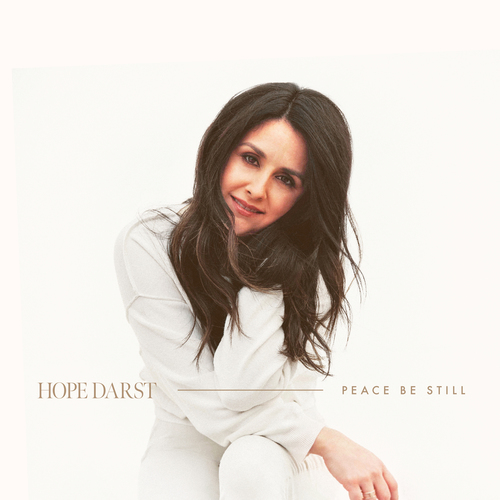 Hope Darst’s Peace Be Still Album is Out Now

Peace Be Still was produced by Jonathan Smith (Zach Williams, Phil Wickham, Passion) and Max Corwin. Featuring twelve songs all co-written by Hope, the project has already been touted as one of the top worship albums of the year by New Release Today calling the album “memorable, personal, and worshipful,” as well as “poignant songs of adoration.”

“I’m blown away thinking about this right now,” said Hope. “I dreamed of being an artist for the first 25 years of my life and then laid that dream aside to pursue what God had called me to do—raise a family and serve the local church. I never imagined that so many years later, God would lead me back to my first dream of writing and releasing music as an artist.”

Peace Be Still is also the name of the album’s first single, which Darst wrote in 2017 with Mia Fieldes and Andrew Holt, fellow worship leaders and songwriters at her church. Inspired by the trio’s collective desire to overcome disappointment and fear, the song soon became an anthem of hope for their congregation, while churches around the globe also began to embrace its truth as their own.

Additionally, the song has more than 45 million digital streams and a radio airplay audience of more than 121 million between her single as well as the extended live version from The Belonging Co’s debut album, All The Earth. Hope has already begun sharing the message of Peace Be Still with the media, recently talking with outlets such as CBN News’ Studio 5, New Release Today, Worship Leader, and more. Hope Darst, a wife and a mother to two daughters, regularly leads worship at the Nashville-based church The Belonging Co.