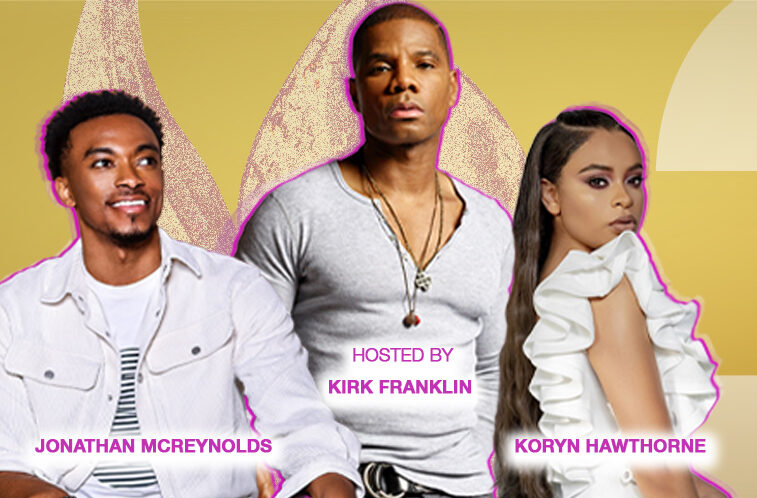 JesusWired’s Red Carpet Host, Jessica Grace, hangs out with this year’s Stellar Gospel Music Awards hosts, Koryn Hawthorne, Kirk Franklin, and Jonathan McReynolds and gets the inside scoop as they prepare for the show’s premiere on Sunday. The hilarious conversation can be watched below.

The virtual experience of the awards show is historically the first of its kind, due to the current COVID Pandemic. This year marks the thirty fifth year of celebrating and recognizing the year’s best performances in the genre, honoring Gospel music icons and acknowledging the accomplishments of individuals instrumental in advocating for the industry. The show is also dedicated to honor first responders and the late Congressman John Lewis.

Jessica’s conversation with the hosts highlights the celebration around the GREATEST NIGHT IN GOSPEL MUSIC, but also taps into a much deeper conversation of hope and healing amidst the hardship of a global pandemic.

More of the biggest names in Gospel and a few additional surprises are being added to the growing list of top performers appearing in this year’s show, presented by AT&T and also sponsored by State Farm.

An encore presentation of the Stellar Awards is scheduled for 9 p.m. ET. The award show will also run in national broadcast syndication in 210 markets starting August 25 – September 30 (check local listings).