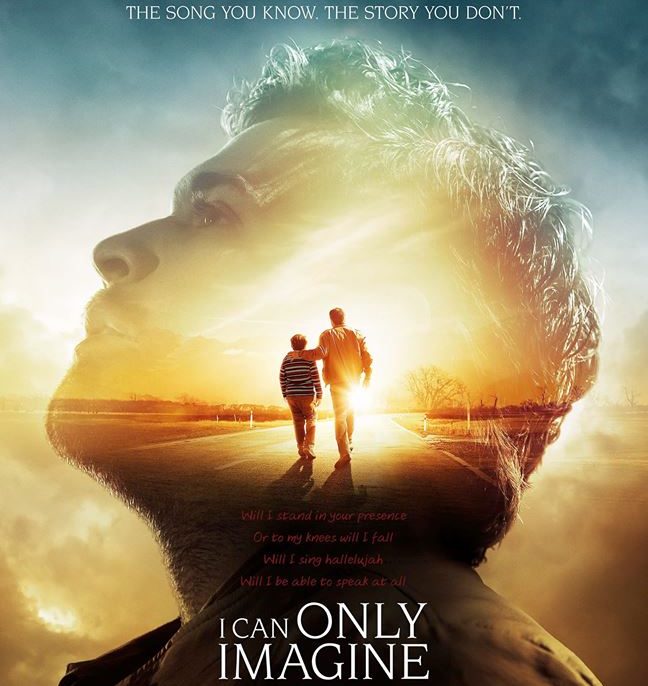 UPtv to Host Cable Premiere of “I Can Only Imagine”

UPtv, the destination for uplifting entertainment, announced today that the box-office hit film I Can Only Imagine will make its U.S. cable premiere on the network. I Can Only Imagine is the inspiring and unknown true story behind MercyMe’s beloved, chart topping song of the same name, that brings ultimate hope to so many and is a gripping reminder of the power of true forgiveness. UPtv, the fastest growing entertainment network in second quarter*, will debut the film Saturday, Sept. 5 at 9 p.m. ET and Sunday, Sept. 6 at 7 p.m. ET.

“We are proud to premiere this star-studded hit film that is not only a highly-entertaining movie, but also is a powerful true story about forgiveness and following your dreams,” said Hector Campos, vice president content strategy & acquisitions for UPtv. “UPtv strives to uplift viewers with our programming, and I Can Only Imagine certainly delivers on that. This is the perfect addition to our robust movie offering on the network.”

Growing up in Greenville, Texas, Bart Millard suffered physical and emotional abuse at the hands of his father, Arthur. When Arthur becomes terminally ill, he finds redemption by embracing his faith and rediscovering his love for his son. Years later, Bart’s troubled childhood and mended relationship with his dad inspires him to write the hit song “I Can Only Imagine” as singer of the Christian band MercyMe. The movie stars J Michael Finley, Madeline Carroll, Dennis Quaid, Trace Adkins, Cloris Leachman and Jason Burkey. I Can Only Imagine is Roadshow Attractions highest-grossing film ever with 83.5M domestically and 86.1M worldwide.