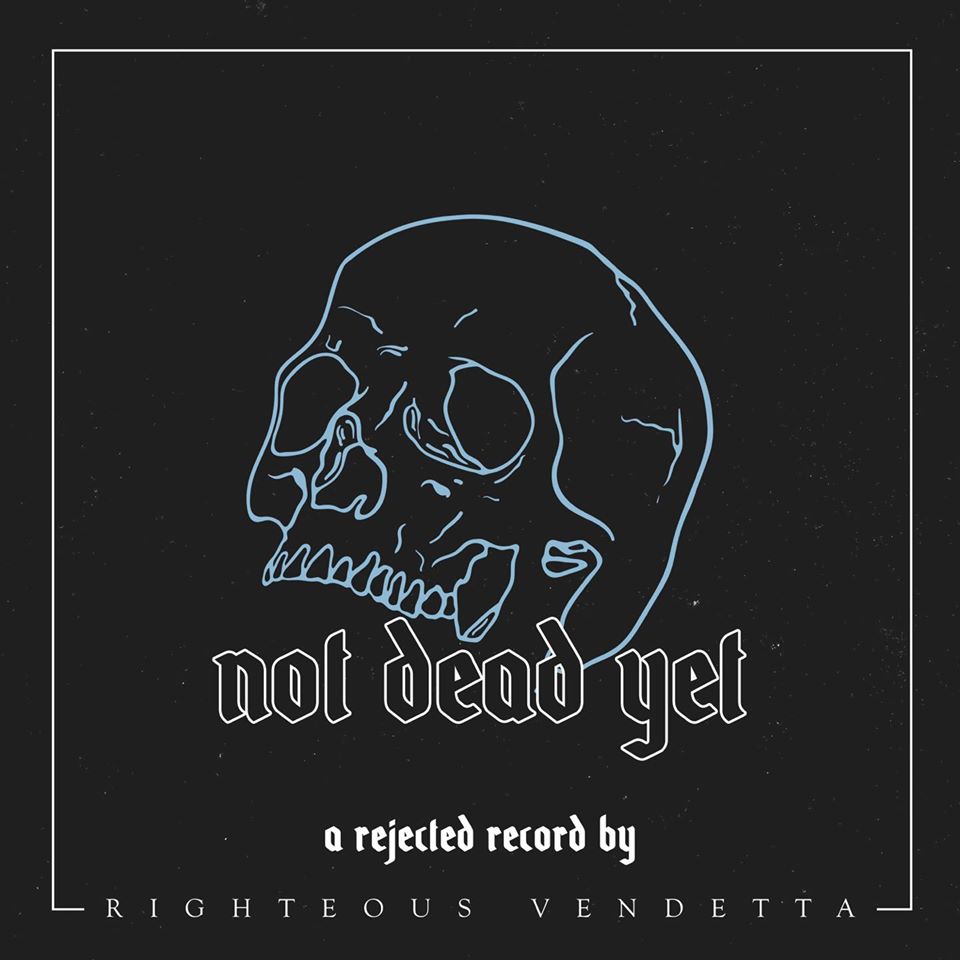 Five years ago, Righteous Vendetta’s record “Not Dead Yet” was rejected by a record company as “the worst batch of songs ever written” and “completely unlistenable”. The band is now independent, and they were finally able to release these “terrible” songs, much to the delight of their fans.

The record opens with “Fully Alive,” a hard-hitting, head-banging way to kick things off. It starts quietly, almost eerily, and builds to an explosive inception. The guitars and drums erupt, leading the way to an aggressive track. A moment later, the dynamic vocals emerge. Towards the end of the track, the volume drops down for a bridge, which builds tension and leads to a sick breakdown. So often, we feel like it is up to us to take care of ourselves and look out for our best interests, putting so much emphasis on work and money. But ultimately, these things cannot save us, and we’ll only end up feeling like we’re suffocating. Only a relationship with our Creator can save us and make us feel fully alive.

“Gunpowder” starts with a wicked guitar riff. It’s a fun, catchy track, with a strong melody and solid groove. Ryan Hayes’ soaring vocals infuse the song with an irresistible energy, singing about the ignition of a new relationship and the excitement that comes with it – spending long nights talking, rocking out, and being young and crazy. Next up is title track “Not Dead Yet.” It begins with dancing notes on the piano, joined a moment later by some fancy guitar work. Throughout the song, the impeccable drumming propels the song forward. More layers are revealed with each listen to the song, the talent of each band member shining through. This song is about what so many face, coming from a less than perfect background and turning to the world to find comfort and success. But those things will never make us feel complete, and will all fade away in the end. We must turn to our Savior to fill our cup, and follow His loving example to help us build strong relationships with those around us. Our past may have left us broken and bruised, but we’re not dead yet, and with God’s help, we can keep moving forward and work to make things right.

“The System” is another banger, with a fist-pumping intro, the drums incorporating some sick double bass pedal action. This song is best listened to with headphones to fully experience the intricacies of the guitars, especially during the chorus. “The System” is a battle cry, urging us to take back control of our lives and not get sucked into the mindless entertainment that is so prevalent, with a beat forceful enough to get us on our feet, ready to fight. “Like Poison” has a bit of a different vibe, though still a killer rock track. It’s a bit more melodic than some of the others, with the guitar harmonies providing a satisfying depth of sound. About halfway through, there is a fierce guitar solo. “Like Poison” also boasts a guest appearance by Trevor McNevan, vocalist of Thousand Foot Krutch. His vocal style fits perfectly, adding another fabulous layer to an already fantastic song.

This record is chock-full of amazing music, too much to mention here. There’s the heartfelt power ballad “Here With Nothing,” and “The Answer,” which has quite an intriguing and unique beginning, just to name a few. The record ends with the compelling “Listen to Me,” which has a bit of a Linkin Park Vibe to it, with rap-esque vocals and some fun strings and electronic elements.

With sixteen tracks, Not Dead Yet is a wealth of previously unreleased treasures for any diehard Righteous Vendetta fan, and a vast array of awesomeness to be discovered by those new to the band. Either way, we’re glad that this music has finally been released to be enjoyed by all.

Get not dead yet