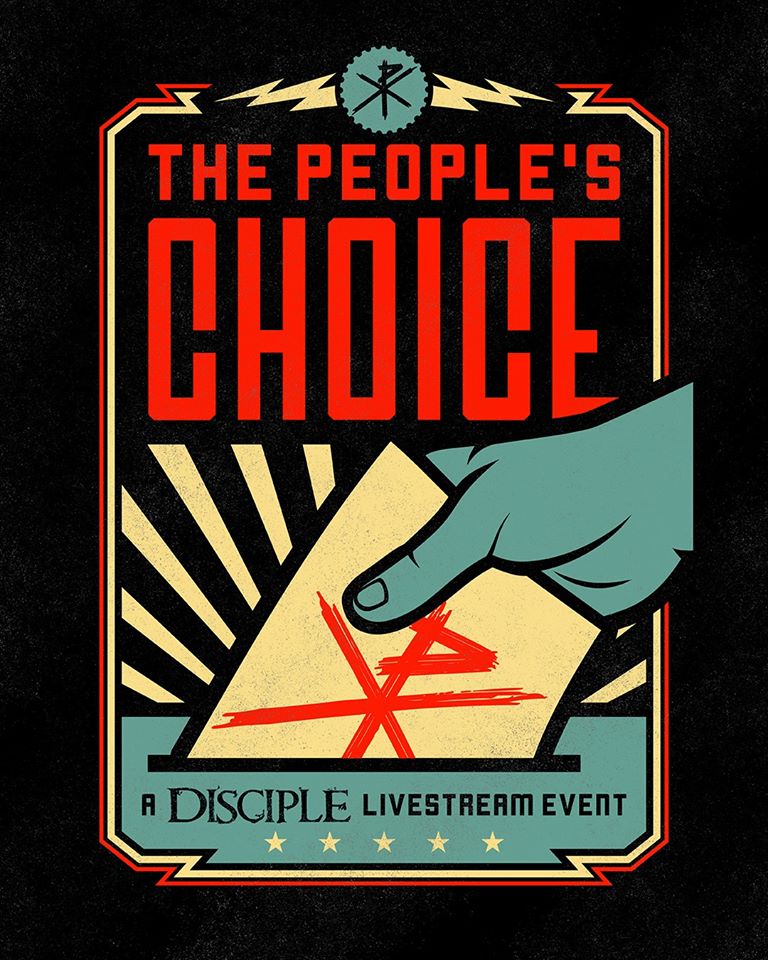 Disciple announced their second live stream concert event recently called The People’s Choice. This time the power of the choosing the setlist has been given to the fans.

Many of the same awesome features as before are available again. The live show goes down July 18th with a VIP acoustic session the day before on July 17th. Voting is going on RIGHT NOW. The top 15 songs from the poll will go on the main set, and the 7-8 runner ups for go on the acoustic set. If a song you want to hear is not included in the poll don’t worry, there is 3 spots to write in a song not on the list on the poll as well.

The thing is, all of the songs on the poll were not played at Love Letter Lockdown. This will be an entirely different setlist. This is going to be a very unique Disciple show to witness.

Back on June 18th Josiah and Kevin went live in Facebook and made a few remarks on what they were seeing in the voting so far, and it sounds like the results are going to be worth hearing for yourself. It also sounds this live stream event could open the door to more voting by fans for setlists in the future. The potential to hear fan favorites live for the first time is higher than ever right now!

Voting is open and tickets are available. The first live stream was fantastic and high quality so don’t miss this event.