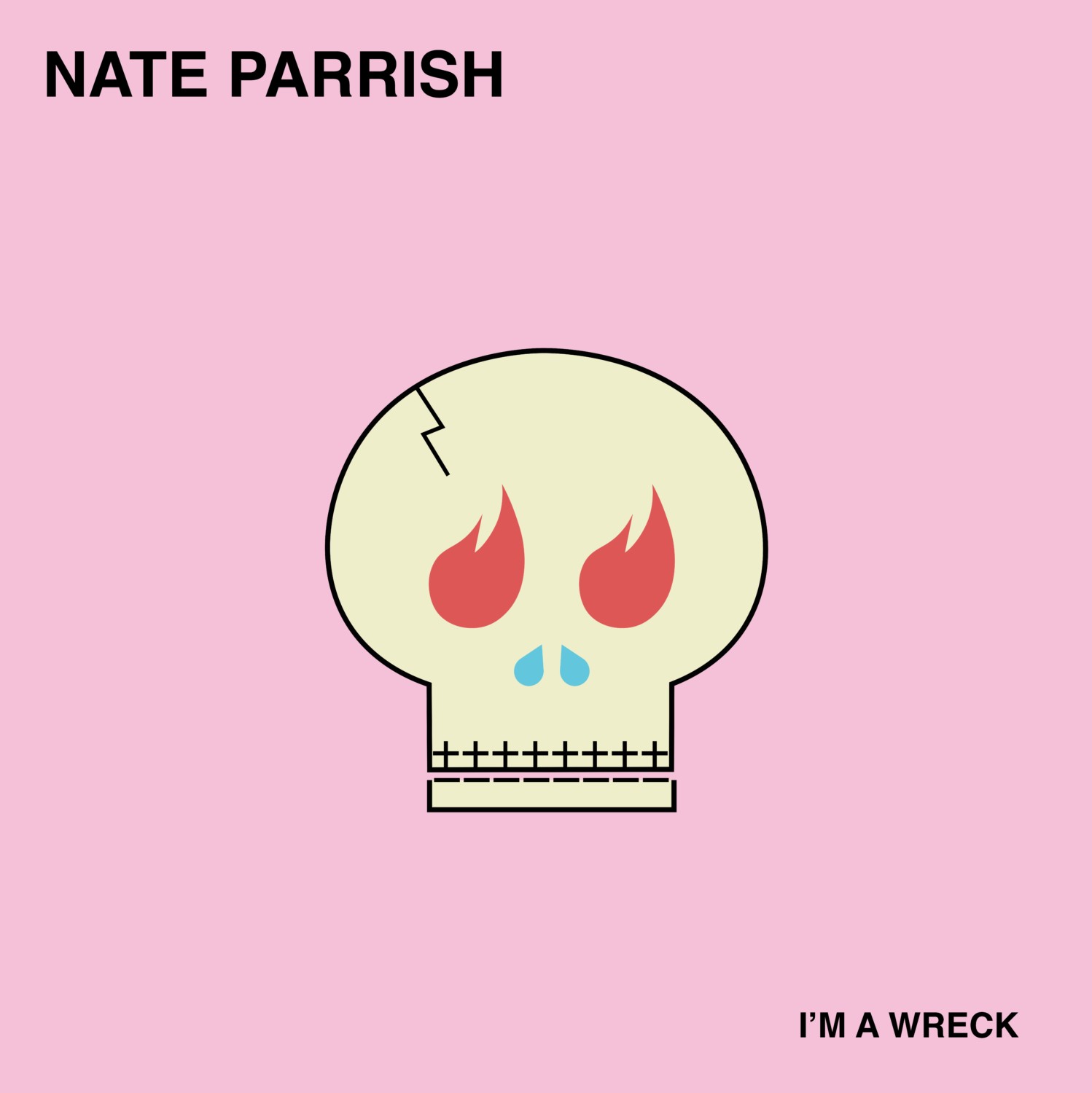 I’m A Wreck is the debut album from Kutless guitar player, Nate Parrish.  He has his own unique sound, and draws upon his punk rock influences.  I’m a Wreck is full of catchy melodies and guitar hooks, and the lyrics give the listener the sense that Nate Parrish does not shy away from difficult topics and a desire to challenge us to truly think about the world around us.

The album kicks off with the title track.  After a few seconds of a solid, driving drum beat, the smooth sounds of a saxophone launch the song into the next level.  Not typically an instrument one might associate with punk rock, but it works, and gives the song a unique vibe.  The guitars also kick in, starting the album off with an energetic bang.  This song sings of the tension of being caught between ones’ culture and conviction, the pressure to do what we know is right morally versus the pressure to conform to the world around us.  It’s easy to say we’re frustrated with the way things are, but have we reached the point of being sick enough of the status quo to personally commit to doing something about it?  That is the quandary presented by this song.

Continuing with the social commentary, “Politicians and Celebrities” remarks on the tendency to glorify celebrities and put them on a pedestal, mistaking their friendly on-screen personas for a personal connection.  If we’re not careful to fill our minds with the things of our God above, things that are true and noble and pure, we can fall into the trap of letting the media script our realities.  This is quite a catchy tune, starting with just a clean guitar tone and Nate’s strong voice.  The energy gradually builds, adding one instrument after another until the whole band joins in.

Taking a break from the fast-paced punk rock, “Things My Father Taught Me” is a touching and poignant tribute to Nate’s father, who left this world too soon but passed along much wisdom.  The song begins with the soft sound of a mandolin mingling with the calm guitar chords.  The drums throughout are subdued, and the song ends with a small choir lending their voices to provide some more depth and character to this gentle tapestry, woven from many complementary elements.

“Everything is Outrage” is a fun and energetic track, with plenty of sweet bass riffs and spirited drum beats.  This song has a searing message, observing the tendency in our current society to feel safe behind an anonymous screen name, seeking justice in words only from the safety of our living rooms.  There are plenty of differences in today’s world, but it is acknowledging them and striving towards reaching a compromise that will lead to unity.  We need to celebrate our differences, not attack one another because of them.

The album ends with another slowed down, pensive track in “Hope.”  The melody is stirring and beautiful, and Nate’s voice full of passion.  Written only months ago during a global shutdown, this song encourages us to hold on to hope, even in the midst of adversity.  Life is always going to throw us curveballs, and there will always be reasons to be discouraged, but we need to look for the hidden blessings and silver linings through the troubling times.

I’m A Wreck is a superb album, full of astute observations and commentaries on the current state of our world, but with an undertone of a desire for unity and compromise.  We all, after all, are God’s children, all equally deserving of love and respect, despite our differences.  The musicianship and vocals are outstanding, and there are many catchy and singable melodies.  This is definitely a worthwhile record, and would make an excellent addition to any music lovers’ library.

Get I’m A Wreck