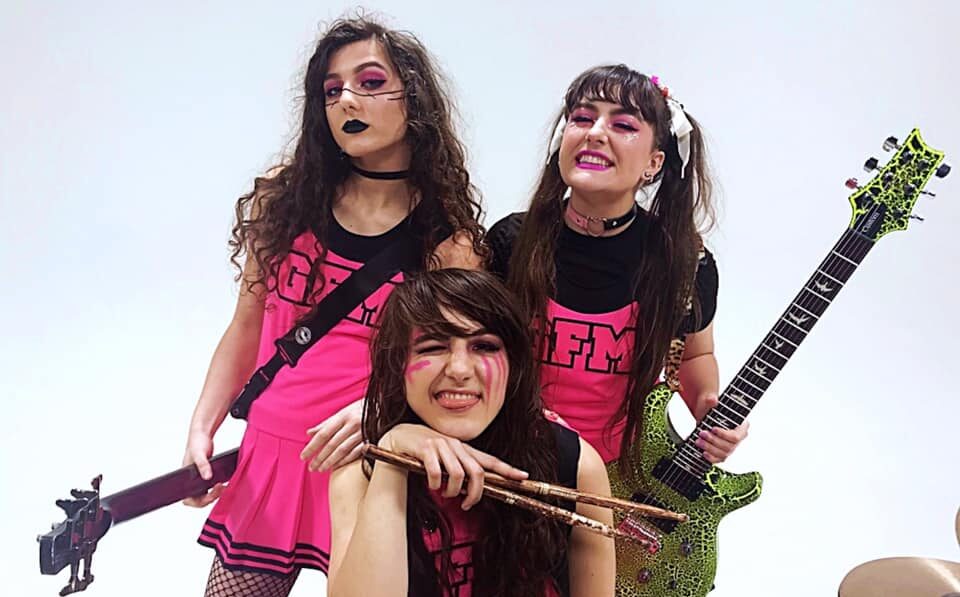 Hey rockers, let’s get back to a whole new week of rock!

Disciple announced this past Monday that they are doing another livestream concert on July 18th! This time they are having fans vote for three songs that they will want to hear for this show. Check out all the details, vote, and then get your tickets!

Gold Frankincense & Myrrh, or GFM as they are also called, has a big surprise that they will be revealing to fans this coming Sunday. With that in mind, make sure you check out your favorite social media platform to see what it is!

Zahna is writing new music that she cannot wait to share with you all! She also mentions that she will be performing for contagionfest, which is a live-stream event! The details of which are below.

Micah Ariss & Dawson Samuel made a song together called “I Refuse” and it just dropped last Thursday. This song speaks to those who fight against depression and the lies that demons tell them. Some of the lyrics include, “I’m finally feeling alive for the very first time. I’m finally winning in the war inside my mind. I’m done listening to you. There is nothing left you can do. You try and get at me again, but I refuse.” Check out the song below!

Halcyon Wander is releasing a new song titled “Obscene”. Their Instagram post goes into great detail about the new single, check it out!

Colony House’s has a new single titled “When The Walls Come Crashing Down” featuring both Jon Foreman and Jillian Edwards. This song couldn’t have come at a better time. With lyrics such as “We draw lines in the sand, build walls with our hands. Burn bridges out of fear, of everything we don’t understand. Until the walls come crashing down, and the last stone hits the ground. And the silence breaks with sound of a song that the world is now singing on together.”, it reminds us that humans need humans, and we are better when we are together. There is hope for a better tomorrow.

Heroz Dawn has a pre-order available on apple music for their new album “Worlds Collide”, including a song they did with GFM called “Take Me Away”! It comes out tomorrow.

Switchfoot has released a new cover for The Verve’s “Lucky Man”, with a music video to go along with it! The song is on their Covers EP out tomorrow.

Speaking of Switchfoot, they have also announced that Switchfoot Bro-Am, a charity event for kids in need, is still happening this year. However due to co-vid they are making Switchfoot Bro-AM a live streaming event. You can look at their video post below and then go to their event page here.

And that’s our rock news update for this week. See you all again next week!