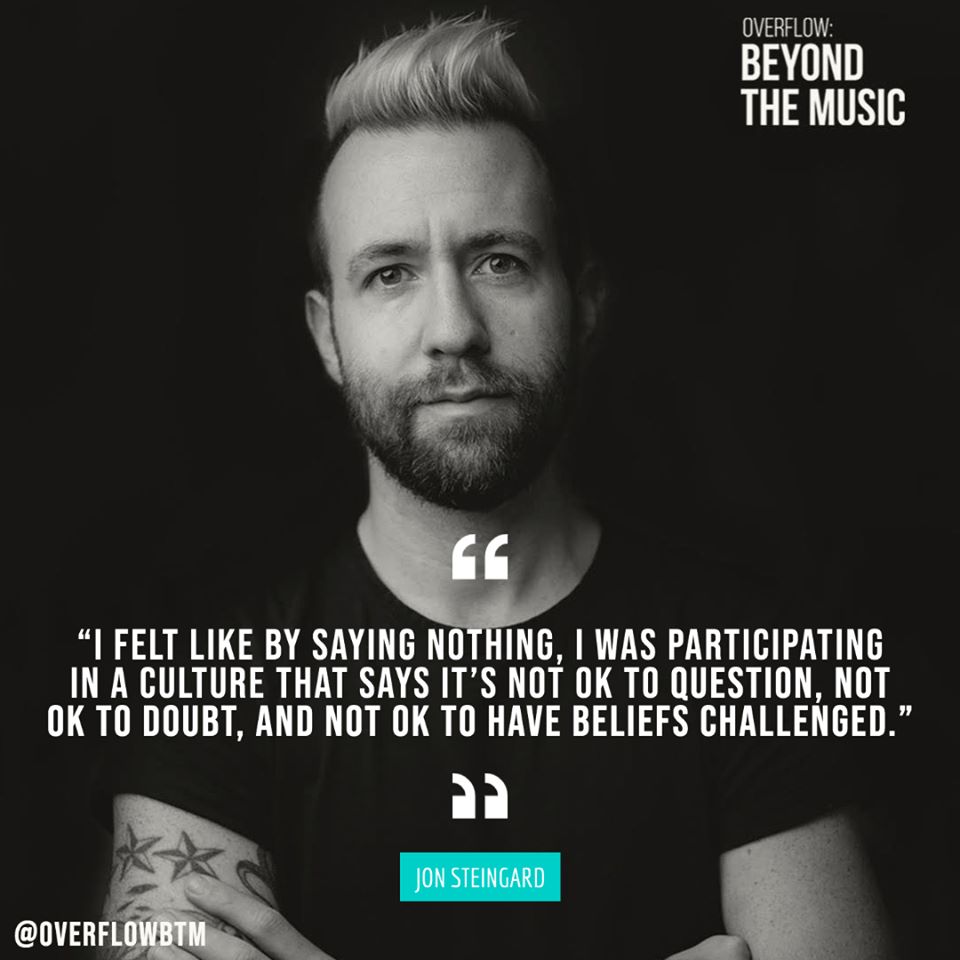 Jon Steingard Shares His Belief Journey With Overflow: Beyond the Music

Hawk Nelson lead singer Jon Steingard recently sat down with Overflow: Beyond the Music podcast for one of his first interviews since sharing on his Instagram that he no longer believes in God.

Josh McCabe, host of Beyond the Music and personal friend of Jon for over 15 years, had simple instructions for the interview: hold nothing back. The result was an honest conversation about Jon’s journey of belief.

“It was probably one of the hardest interviews I had ever done,” shares Josh McCabe. “Knowing Jon on a personal level, I wanted to respect his journey and respect our relationship. But I also had some really tough questions, and I knew others had some as well.”

The interview, which is over an hour long, released Monday, June 8 at www.overflowbtm.com as well as on their Facebook and YouTube pages.

When Jon Steingard made public his changing beliefs two weeks ago, his thoughts quickly caught viral attention, garnering articles from Fox, CNN, USA Today, Billboard, NY Post and People. In addition to the music he’s made as part of Hawk Nelson, Jon Steingard is an accomplished LA-based videographer. You can follow him on Instagram and find his work at steingardcreative.com.

Beyond the Music is in its fourth season, offering up in depth interviews with faith-based artists like John Cooper of Skillet, Mike Donehey of Tenth Avenue North, Matt Redman, Leeland, Kristian Stanfill of Passion, and many more. You can learn more at overflowbtm.com or by following the podcast on Facebook, Instagram, and Twitter.