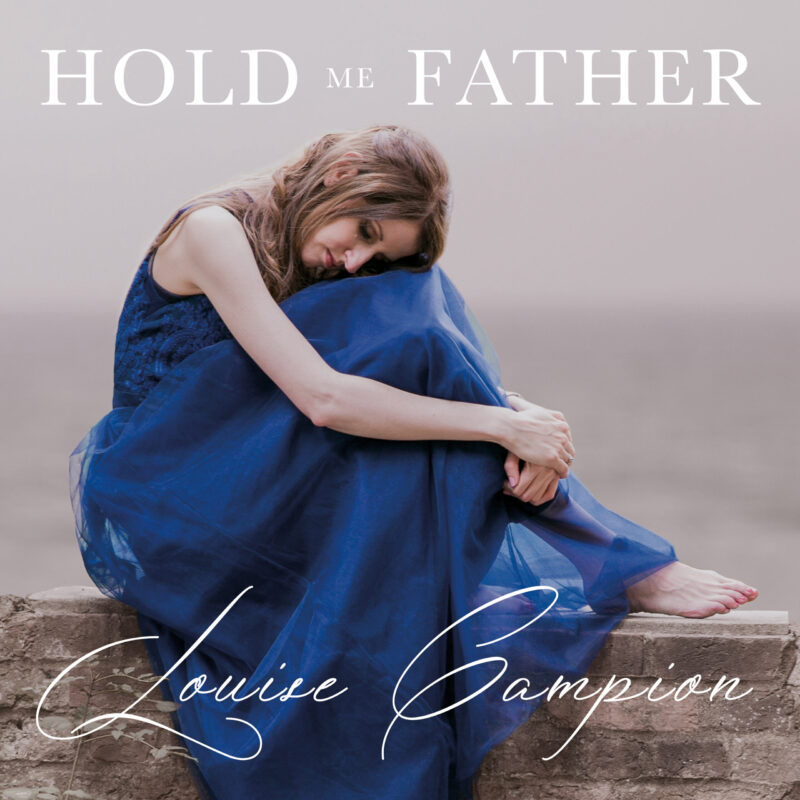 Louise Campion is a singer-songwriter, originally from South Africa, now based in London. Her father, Raymond John Campion was an incredible pipe organist who faithfully led worship at Frere Rd Presbyterian Church in Durban over a period of 60 years.

She writes: “I have dedicated the Hold Me Father EP to my amazing dad who passed away in 2017 after a 6 year fight with cancer. The 1st of June was his birthday, and June happens to be Father’s Day month too, so it feels right and fitting to honour his memory and legacy in the same month that fathers all around the world are celebrated!”

Hold Me Father is a soaring and emotive orchestral, piano and vocal song that takes the listener on an epic musical journey into the heart of Father God. There are a number of goosebump moments and the beauty, depth and power of the orchestral score stands out in particular as something really special and unique. It is unusual these days to hear a real orchestra playing on a contemporary song, and this is what makes this song feel like a rare treasure.

“I’m so excited that Lou has decided to bring her amazing song Hold Me Father into the world. It’s an incredible song. I think it’s a song that we all need to hear right now. These are turbulent, confusing times and it will give us hope, it will comfort us, it will unite us, it will inspire us.” — Syl Saller CBE – CMO Diageo, President of the Marketing Society, Britain’s top 500 most influential people list, Campaign’s top 5 Global CMOs list, UK

Hold Me Father, performed live, has blessed people around the world and brought comfort, healing, restoration and peace to broken hearts over many years. This new version of this song at this time in history is set to impact people in a whole new and remarkable way.

Louise also recorded a special version of Hold me Father with the LIV Village Choir recorded by Niklas Fairclough in South Africa, to help raise awareness for the orphaned and abandoned children at the village.

“We’re so proud of you Louise, and the fact that you were part of our journey, now to be part of your journey is such a huge privilege for us.” — Tich Smith – Founder of LIV Village, Durban, SA (and former South African cricketer)

“Louise Campion has written a song that I believe will unlock people’s hearts, will reconcile them with the Father in heaven, will heal wounds that are so unbelievably deep. We need to understand adoption, we need to understand that God is good and lavish and kind and generous, and He gives us second chances and third chances and fourth chances.
— Rory Dyer – Lead Pastor at 3Ci Church, SA

Over the years Louise has shared the stage or led worship alongside many artists including: Jake Isaac, The Brilliance, Elle Limebear, Henry Seeley, Sean Feucht, Riana Nel, Brad & Josh Klynsmith (Gangs of Ballet), Civil Twilight, Daena Jay and Jules Burt. She was part of Hilton Greig’s (of 24Skies) first band who opened for Grammy and Dove award winning gospel artists: Michael W. Smith and Casting Crowns on their respective South African tours. She also opened for The Brilliance alongside the Voices of Hope Choir for their main show in London in 2019.

Some final comments from people touched by the song:
“Hold me Father is a rare and unique treasure in a world where so many songs sound the same. A breath of fresh air. A powerful encounter with the Father. A giant hug. Peace. An epic journey into the heart of the Father. Absolutely beautiful. The orchestra is amazing. This song is going to get me through many, many, many, moments through the rest of my life. The music wraps its arms around you. I felt embraced and loved by the Father. Incredible. Phenomenal – Exceptional – Deep heart experience! A song for the healing of the nations. Released at the perfect time in history.”