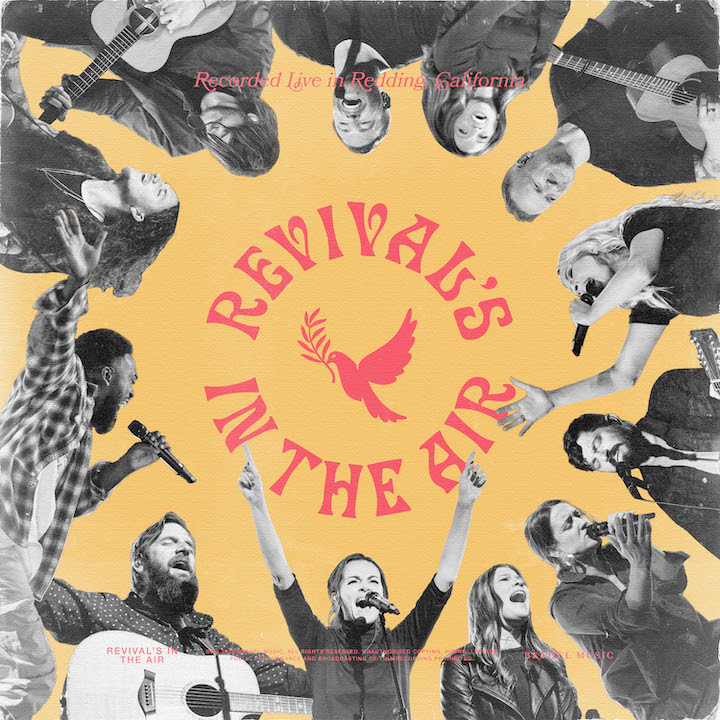 Revival’s In The Air, the highly anticipated 15th live recording from GRAMMY®-nominated, Dove Award-winning worship collective Bethel Music, is now available. Continuing a legacy of Spirit-led releases that have shaped the signature sound of Bethel Music and engaged the global Church in corporate worship for more than a decade, Revival’s In The Air draws its thematic inspiration from the prophetic title-cut.

Teeming with expectation, “Revival’s In The Air” is an invigorating call to renewal penned by Bethel Music’s Jonathan David and Melissa Helser, along with their son, Cadence. The song debuted on streaming platforms yesterday, the last of eight selections which have released since February, strategically building a complete vision for the 17-track recording.

“Something is rattling in the depth of the Body of Christ right now; I don’t want to be asleep—I want to be awake for it,” says Melissa Helser of the title-cut. “We’ve just been chasing this song, really fueled by the fervor of this house. Lord, we want revival. We want it to look like prodigals coming home. We want it to look like the sick healed, broken hearts made whole, and we’re full of expectancy, God.”

“From start to finish, there’s not a weak moment on the record,” Hallels.com says of the project. “Revival’s in the Air is easily Bethel Music’s best record to date. …for those who are stymied in the mirage of despair, these songs bring clarity to the greatness and joy of God.”

Kicking-off the album’s multi-faceted launch campaign with February’s powerful debut single “God of Revival,” featuring Brian and Jenn Johnson, Bethel Music has also bowed Cory Asbury’s “Egypt,” a celebration of God’s faithfulness; the Brandon Lake-led “We Praise You,” speaking peace in the midst of panic and uncertainty; and “Champion,” featuring singer/songwriter and worship leader Dante Bowe, one of the newest members of the Bethel Music team. Four more selections—including “Revival’s In The Air”— debuted this week, ahead of the collection’s full release today.