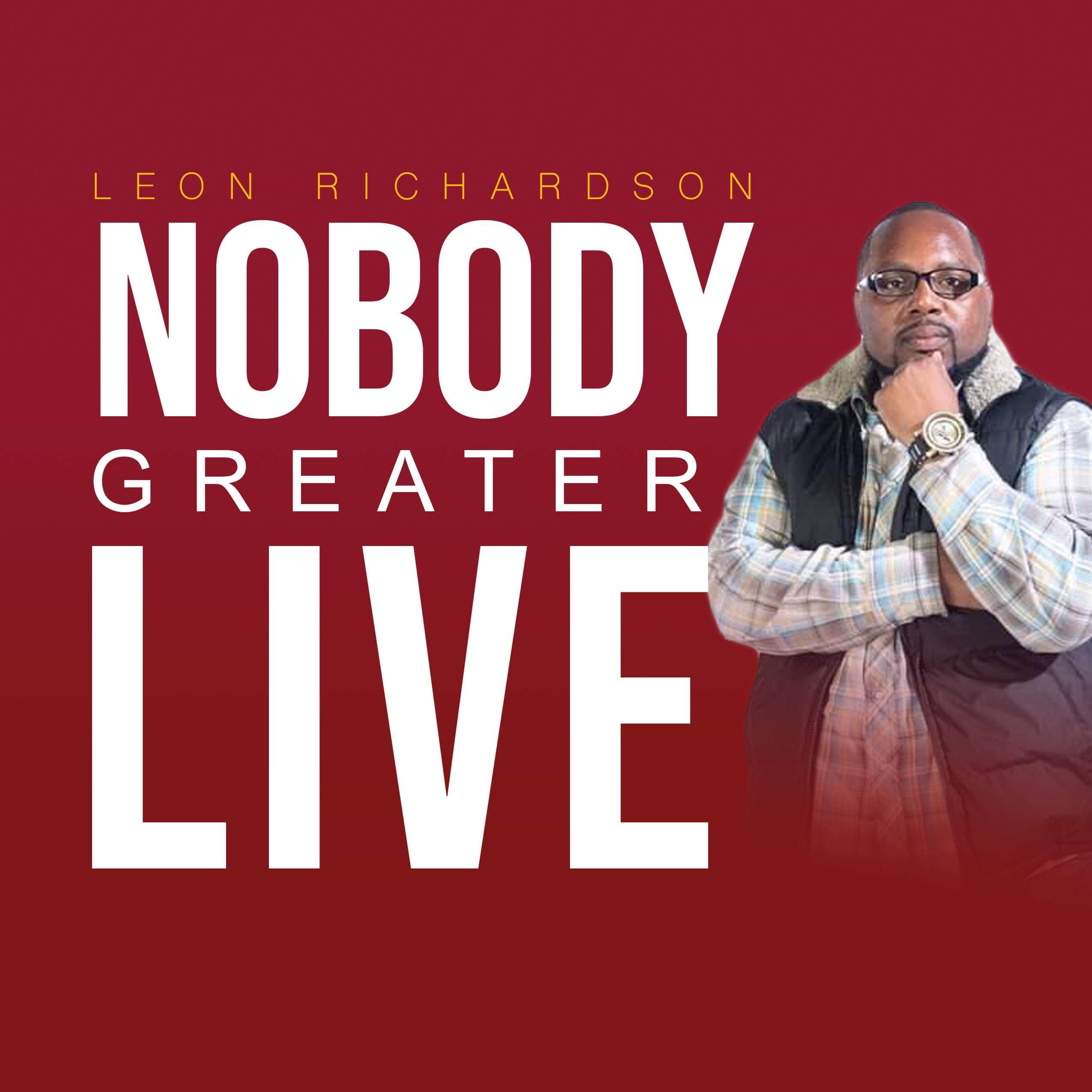 Nobody Greater is Leon Richardson’s 2nd single to be released after his first single, “I Believe God” in 2017 which gained much success and recognition throughout the country. Produced by Curtis Lindsey, Marvin Sapp’s music director, Nobody Greater was recorded live in the windy city of Chicago IL in March of 2019.

Nobody Greater is a catchy praise and worship anthem that declares the greatness of our God. This song is a reminder that no matter what you are going through, God is the greatest power. Nobody Greater is a song that will grab your attention immediately and take you on a journey. This composition starts off with stating the theme of the song and then switches to the verse where it declares who Jesus is to his people. Nobody Greater then switches to call and response, adding a musical element that pulls the listener even deeper in the song. The song then drives home with the words nobody greater to remind the people of God that we serve the highest power and that whatever situation that one may be currently in whether it be sickness, diseases, or any type of bondage, Jesus Is Greater and is able to DELIVER! This anthem is definitely one many will love and sing across the country!

Nobody Greater is available to purchase now.

“You Sound Great!!! When you sat down and sang with just you and the piano, I was immediately reminded of Smokie Norful.” – Calvin Rodgers, National and Professional Drummer/ Producer

“You give me a Darwin Hobbs Vibe and the fact that you can play for yourself is even better! I can see you going before nation’s, teaching and leading worship because of the commanding nature and gift that you have.” – Gus Lacy, Live and Studio Vocal Producer/ Trainer for CLKeys Music

If you’d like to book Leon Richardson for an event, " target="_blank" rel="noopener noreferrer">CLICK HERE