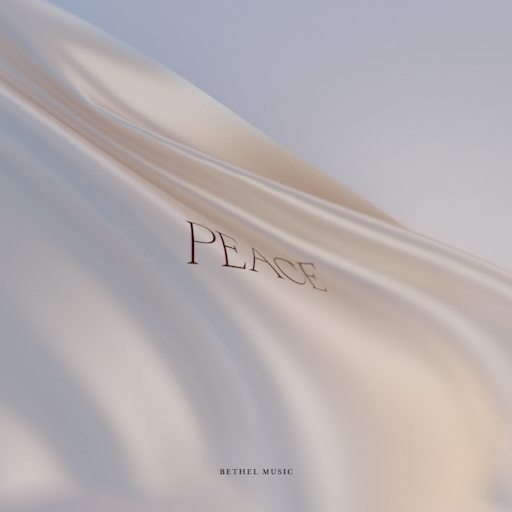 Bethel Music offer up Peace in the midst of tumultuous times

In the middle of a tumultuous time of world history, Bethel Music releases Peace, an album that uses “cutting edge techniques scientifically proven to help heal parts of the brain damaged by all kinds of emotional trauma… by engaging both sides of the brain through the gentle panning of peaceful soundscapes known as bilateral music”, according to producer Ed Cash. This album takes a step in a new direction for the Bethel Worship collective, who is well known for worship anthems but also beautiful instrumental collections.

Many popular worship songs can be found on this album, with the twist of being stripped to the bare minimum of keys, strings, and vocals. Songs such as “Raise a Hallelujah”, “Reckless Love”, and “Stand in Your Love” are slowed down in tempo, allowing the vocal talent of the artists to come to the forefront. “Dancing on the Waves” in particular maintains rhythm by a faint tambourine and staccato strings. Listen closely to the end where an instrumental outro plays over the ambience of calm ocean waves.

Contrasting the anthemic nature of the original recording of “Surrounded (Fight My Battles)”, this delicate version sung by Kari Jobe weaves the lyrics of the hymn “Rock of Ages” into the bridge. Similarly, the powerhouse song “No Longer Slaves” becomes the soft harmonies of Jonathan David and Melissa Helser over a picked guitar melody. “I’ll Be Everything” (Jenn Johnson) and “By the Grace of God” (Brian Johnson), are both vocal-centered with underlying acoustic guitar instrumentation.

Closing out the album are two tracks that appear to serve as benedictions with the theme of Peace. Both tracks, performed by We the Kingdom are a harmony of vocals over the soundscape of keys and synths. Lyrics from “The Blessing” include “The Lord bless you/And keep you/ Make His face shine upon you/ And be gracious to you/The Lord turn His/ Face toward you/ And give you peace” are a literal blessing of peace to listeners. Instead of going out with a bang of long bridges and crescendos, Franni Rae Cash’s vocals calmly and sweetly carry listeners through to the end with the title track.

The sheer innovation of this album being the first of its kind in the worship genre is an accomplishment enough for Bethel. Peace as the central idea of the album is communicated through the minimal instrumentation, while lyrical content spans in directions that are more widespread, such as songs about worshipping in difficult times, finding joy in hardship, and God’s love, grace, provision, and protection. The superb production allows for listeners to feel calm and relaxed through the gentle tones of the music and the vocals. Overall, the soothing sounds in Peace make for a perfect playlist to listen to during your personal reflective practices.