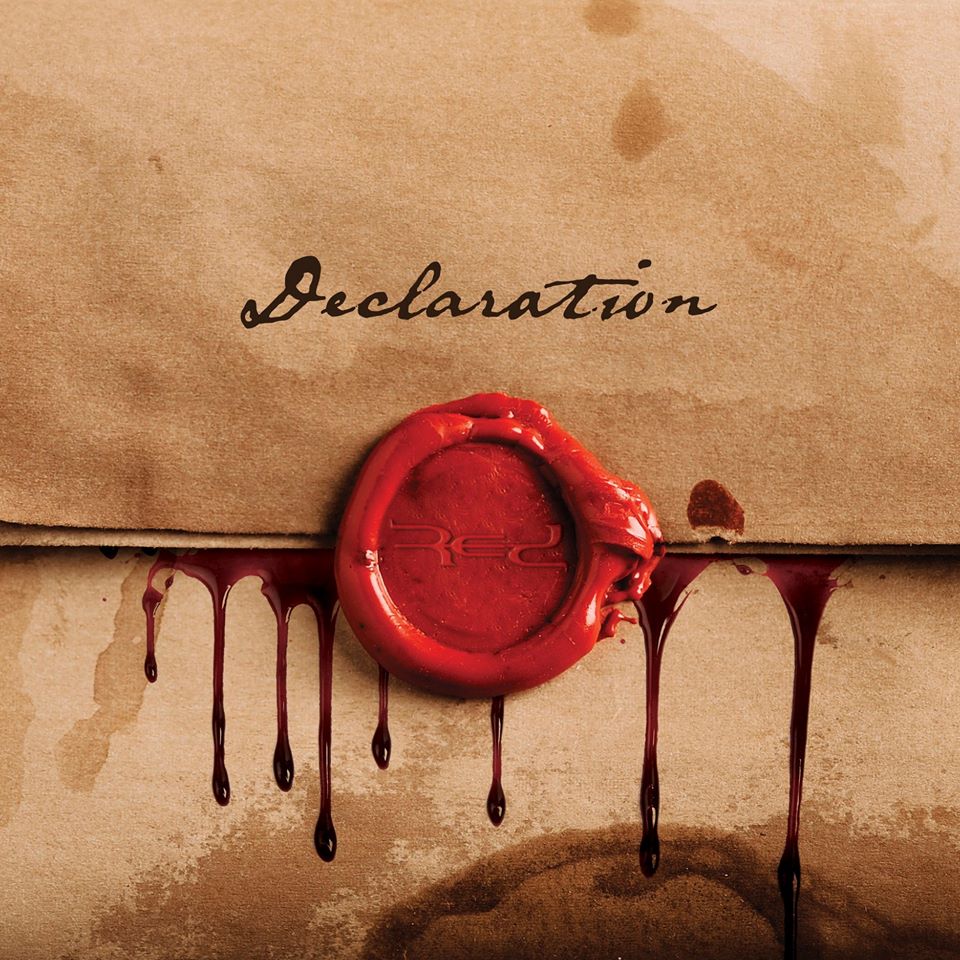 Along with Loudwire highlighting the album, tracks from DECLARATION such as “The Evening Hate,” “From The Ashes,” “Sever,” “All For You” and “The War We Made” have hit Spotify Hard Rock, New Metal Tracks, Volume Maximo, Upon This Rock and The Riff playlists. The songs also hit YouTube’s Rock Hotlist and Hard Rock Hotlist, Apple Music’s NR, Hot Tracks and Breaking Hard Rock lists and many other playlists reaching multi-millions of music lovers internationally.

“The album ebbs and flows beautifully, taking you on the ride of your life as you get battered and bruised and yet still ask for more,” says Rock ‘N’ Load in its review of DECLARATION. “They toss out gargantuan tracks one after another enveloping you inside this chaotic and crazy, beautiful world of angst and brutality all perfectly packaged in violent melody.”

“This 10-track boss definitely delivers the goods,” adds Sound Vapors as Brutal Planet calls RED’s DECLARATION “the heaviest and most creative album in their 18-year career.” Cryptic Rock says that the album is “never stale, always intense, and immensely striking” while Riff Magazine declares, “RED simply dials it in like no other band.”

Since bursting on the scene with breakout single “Breathe Into Me” and album End Of Silence (2006), both certified gold, RED has built its career not only on music, but a visual representation of matching scope. From cross-album narrative-weaving music videos to pyrotechnic infused graphic-novel-come-to-life arena tours, the band delivers a multiple sensory spectacle. The result is an intense, emotional connection with a global audience, now spanning more than 20 No. 1 radio singles and three million albums sold/streamed worldwide.