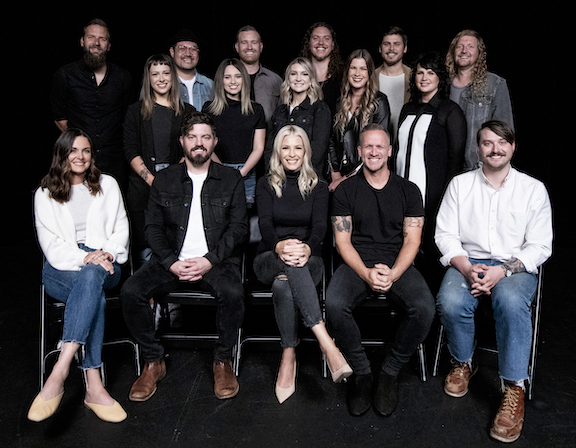 Capping off a year of unprecedented growth and impact for Bethel Music, Billboard magazine includes a number of the label’s songs, albums and artists among the top releases of 2019—and the decade—in their recently published year-end charts. Cory Asbury’s “Reckless Love,” a mainstay on Christian radio in 2018 and 2019, is ranked #4 on Billboard’s decade-ending Hot Christian Songs (2010s) chart.

“We are humbled to see how God has used the ministry of Bethel Music to impact lives around the world—both this year and throughout the decade,” said Joel Taylor, CEO of Bethel Music. “From its inception, Bethel’s vision has been to love and serve our community well. As we begin this next decade, we are grateful for what God has done through this local mission to reach people across the globe.”

Bethel Music is an 11-time Dove Award-winning and GRAMMY®-nominated Christian worship ministry formed as an extension of Bethel Church in Redding, California. Beginning in 2001, Bethel Music has grown from a local church music ministry to a global outreach comprising a collective of songwriters, artists and musicians.

Bethel Music has released 14 corporate worship albums, seven of which reached Billboard’s Top Christian Albums chart, each carrying a unique expression of worship to inspire and unite the global church. Along with their 11 Dove awards, “This is Amazing Grace” was named ASCAP’s Christian Music Song of the Year in 2015, with Cory Asbury’s “Reckless Love” earning the same honor in 2019. “Reckless Love” was also nominated for a 2019 GRAMMY® Award and topped Billboard’s Christian chart, garnering over 60 million streams on Spotify. Bethel Music’s 14th compilation album, VICTORY, reached #2 on Billboard’s Top Christian Albums chart earlier this year and kicked off their accompanying 2019 VICTORY tour, consisting of 31 stops in three months. The album features Josh Baldwin’s single, “Stand in Your Love,” which peaked at #2 on Billboard’s Christian chart.