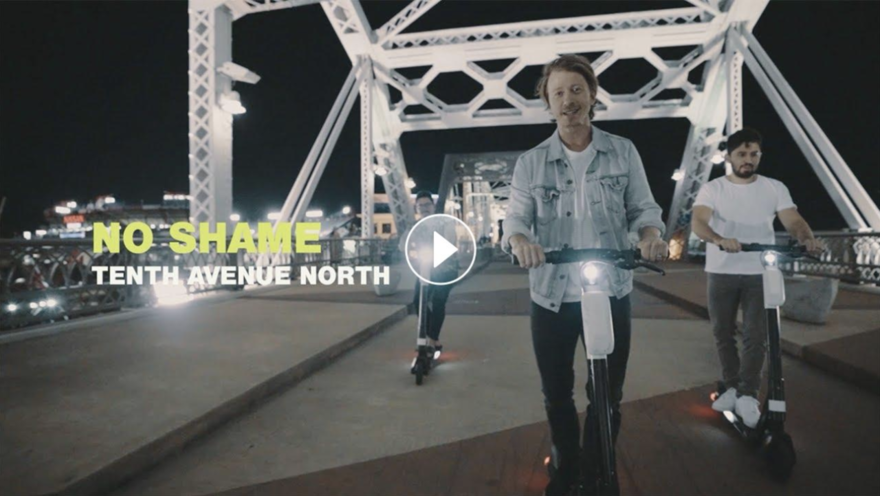 Today Tenth Avenue North debuts a new unique music video for the song, No Shame, which is the title track from their most recent album released in August. Filmed in four different locations, the “Choose Your Journey” video allows the the individual viewer to decide their own journey with multiple options and endings. Join Tenth Avenue North as you scooter around Nashville, smell the flowers, perform on stage or party on the bus – it is up to the viewer to choose their journey.

“Every emotion we feel begins as a gift,” shares Mike Donehey of Tenth Avenue North. “Even what can be perceived as negative emotions are really powerful signposts to our hearts that we have the freedom to move one way or the other. They invite us to make a choice. Will we move toward health or unhealthy? Will we choose isolation or ask for help and community? In this delightful romp we play out that philosophy in a first of its kind music video. We are ecstatic to extend the invitation to you, to listen to your heart and choose your own journey with us. No shame.“

The band’s sixth LP, No Shame, received much acclaim as the band explored feeling more free than ever before and revealed the personalities of the band members that lie just beneath the serious subjects they sing about. They are also wrapping up their fall headlining tour next week on November 11th.